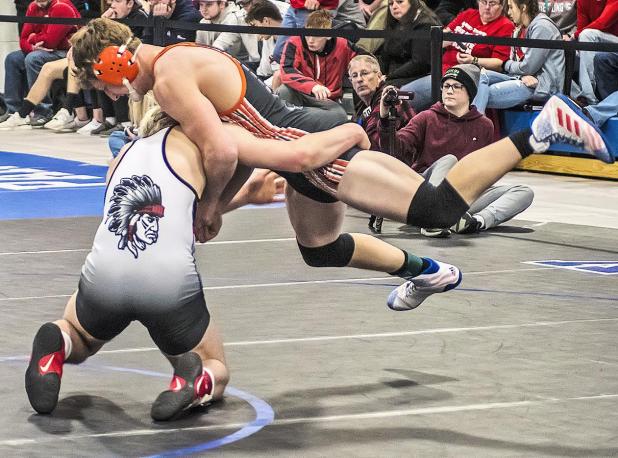 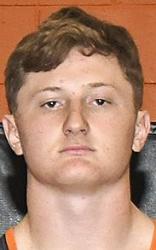 Omaha’s CHI Center is familiar territory for Trevor Peterson.
He’ll get the chance a third time to compete in the vast arena this week as one of Nebraska’s top high school wrestlers at the three-day state tournament.
Peterson, a senior at Chase County Schools, qualified for state as the District C4 runner-up in the 182 lb. division. He was the only Longhorn qualifier coming out of districts held Friday and Saturday at Hershey High School.
Heading into state competition with a 38-3 record, Peterson hopes to improve on last year’s bronze medal.
First round pairings were announced this weekend, and Peterson will face Colton Horne, 33-10, of Dorchester-Trumbull, who finished third in the C2 District last week.
Fans can expect a possible rematch in the finals Saturday between Peterson and Broken Bow’s Lathan Duda, 50-0, who decisioned Peterson in last week’s district finals.
Duda is ranked by media and NEwrestle.com as No. 1 in Class C’s 182 lbs., with Peterson third. Cole Stokebrand of Amherst has the No. 2 ranking, but Peterson beat him in the district semi-finals last week.
That’s a good indicator the C4 district is the toughest in Class C, Longhorn Coach Matt Vlasin has said in the past.
Vlasin said Peterson is ready for state competition.
“He’s healthy and ready to go,” he said.
Class B and C first rounds are set for today (Thursday) starting at 8:30 a.m. MT, followed immediately by B and C quarter-finals.
First and second round consolations for B and C start at 8:30 a.m. MT Friday. Semifinals and third round consolations get underway at 4 p.m. MT.
After the all-class consolation semifinals and third and fifth place matches Saturday morning, finals on four mats get underway at 1 p.m. MT.
The all-class finals will be broadcast on NET public television.
Weather moves up departure
Due to the snow forecast to move into the area overnight Tuesday, Vlasin said school officials encouraged them to depart Tuesday at 6:30 p.m. instead of Wednesday morning.
According to the National Weather Service, snow accumulations were expected to be between two to five inches, impacting portions of southwest, central and north-central Nebraska, including Chase County.