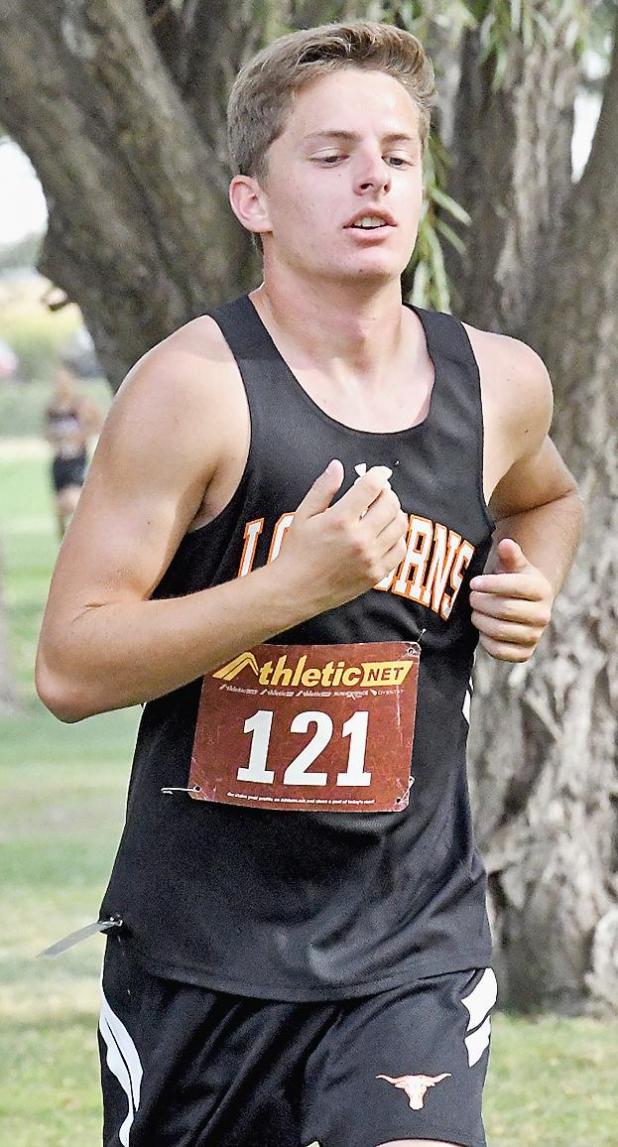 Brandon Mintling works the course at Ogallala last week. He was Chase County’s third runner across the finish line. 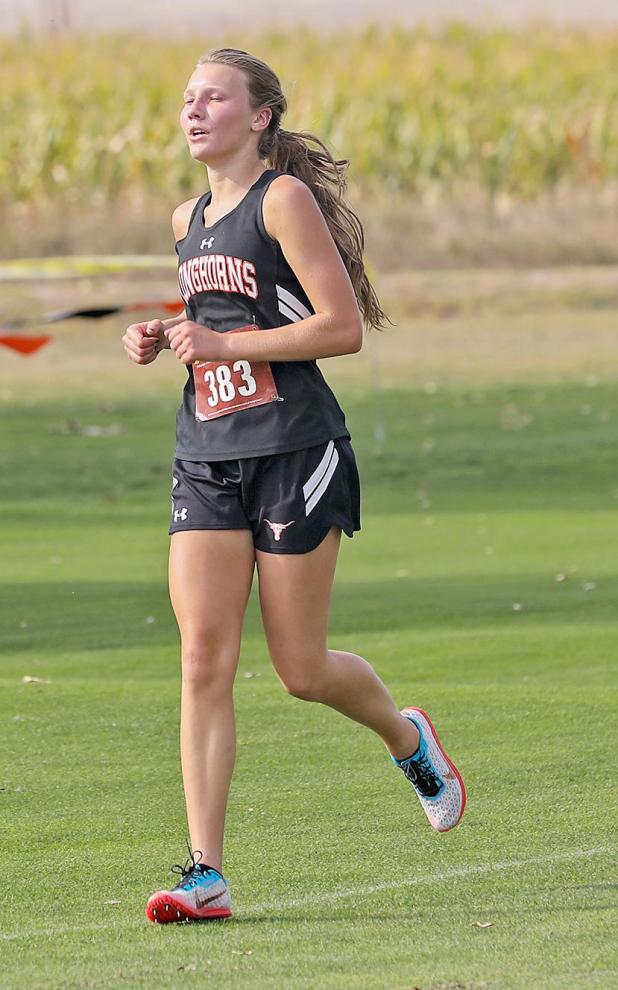 Matalie Wallin nears the finish at Ogallala. While she ran in the JV section, she was actually the fourth fastest among the varsity runners in the girls’ division.

Over a span of four days, Chase County’s cross country team got a look at both the upcoming district and state courses.
Last Thursday, the Longhorns were in Ogallala for their invitational. District 5 runners will return to Crandell Creek’s flat course Oct. 15 for districts in hopes of state qualification.
On Monday, they ran in the hilly UNK High School Invitational in Kearney, where the state meet is set for Oct. 23.
Coach Carl Zuege said both courses challenged his runners in different ways, but he was glad they were able to get a look at the courses for those important meets later this month.
Chase County came away with no medals from either race. However, in several instances, the Longhorns had better times on the tougher Kearney course than in Ogallala.
After running Monday, Chase County has a long break until next Thursday’s SPVA Meet in Grant, hosted by Perkins County.
The Oct. 8 meet has a 4 p.m. start time at the course north of Grant. Both varsity and JV runners will compete.
Ogallala Invitational
Eight of the 12 teams in District 5 were at the Ogallala meet Sept. 24, in which Chase County will compete in two weeks.
It was an extremely warm day, which affected his team’s performances, Coach Zuege said.
On the girls’ side, the team ran without Jordan Jablonski, the Lady Longhorns’ lead runner all season.
She was out with knee soreness, Zuege said.
First across for Chase County in the varsity division was Caelyn Long in 33rd place, followed by Morgan Peterson, Kambree Meeske and Sophie Fiedler, all who scored.
Combining the JV times, Matalie Wallin was actually Chase County’s fourth fastest in the race, Zuege noted.
“Matalie just had a great day, and continues to have them,” Zuege said.
There were 77 girls who finished the varsity division.
On the boys’ side, it was also a bit of an off day for them too, Zuege said.
“We just struggled all across the board,” he said.
However, he told his team, most of whom ran it for the first time, that they’ve seen the