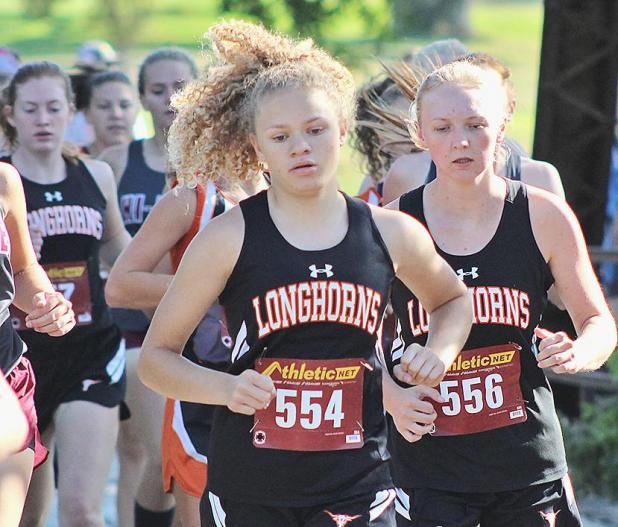 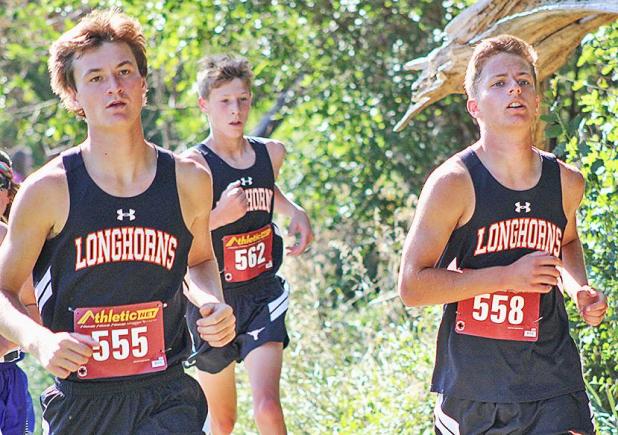 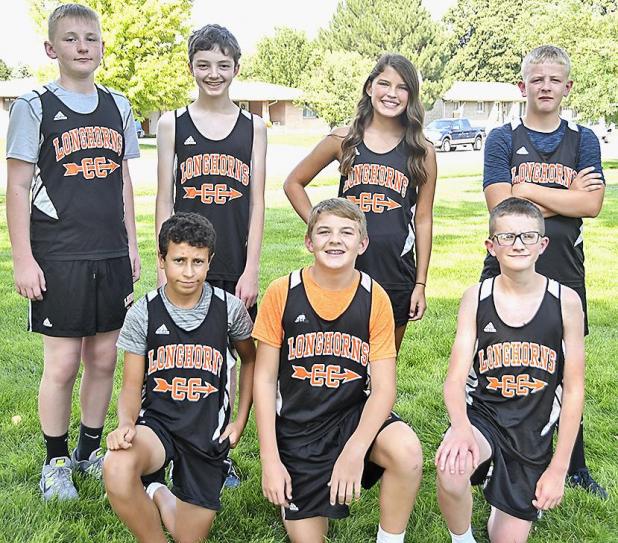 Another good showing by the Lady Longhorn runners earned them a second team championship in as many outings when they won the Cambridge Invitational.
Last Friday’s mid-morning races in Cambridge represented the first 5K for the high school runners.
The opener at Dundy Co. Stratton the week before was run on a two-mile course.
Junior Jordan Jablonski, a first year team member, earned the gold medal a second time.
“She took control halfway in, after holding second at the mile marker,” Coach Carl Zuege said.
“She’s showing she belongs among the top runners in this area,” he added.
Caelyn Long, in fourth for Chase County, ran better this week, Zuege said, but isn’t 100% yet as she fights allergies.
Next across for the Lady Longhorns was Morgan Peterson in eighth.
“She doesn’t let up. She’s a strong and steady runner,” Zuege said of Peterson.
Kambree Meeske “really stepped up” for the team, Zuege said, to finish in 11th and also take home a medal as the team’s fourth point-getter.
And like she always has, he added, “She’ll keep progressing each week.”
Lindsey Mendenhall was 18th and Madelynn Hanes, 22nd, to round out Chase County’s varsity runners that day.
Coach Zuege said the girls competed really well, despite missing Sophie Fiedler, who was absent due to illness. She had finished in the scoring for Chase County at DCS.
In the JV division, Matalie Wallin shaved off two minutes from her last year’s time in Cambridge with 23rd overall. Keirsten Colton also competed.
Thirty-six runners finished the girls’ race.
Boys’ division
The boys finished in fourth a second week in a row.
Mason Nordhausen in fifth was the only medalist from Chase County, but Clay Meeske and Mason Tyerman, in 16th and 17th, were just out of the medals.
“Mason ran a much better race than the week before. He’s progressing on his fitness,” Zuege said.
Brandon Mintling, who Zuege said ran a hard second half of the course, was Chase County’s fourth point-getter in 22nd place.
Mason Wallin rounded out Chase County’s team in 25th.
Forty-six were registered in the boys’ division.
Cedric Maxwell and Charles Barnes did not compete last week, and Zuege said that’s going to be the situation for Maxwell the rest of the season.
There were hopes Maxwell might compete, but the uncertainty of some of the rugged courses is a concern as he recovers from an ACL tear during basketball last season.
Zuege said Maxwell will continue to train with the team so he will be healthy for 202-21 basketball.
Barnes is recovering from an injury but is expected to compete this week, Zuege said.