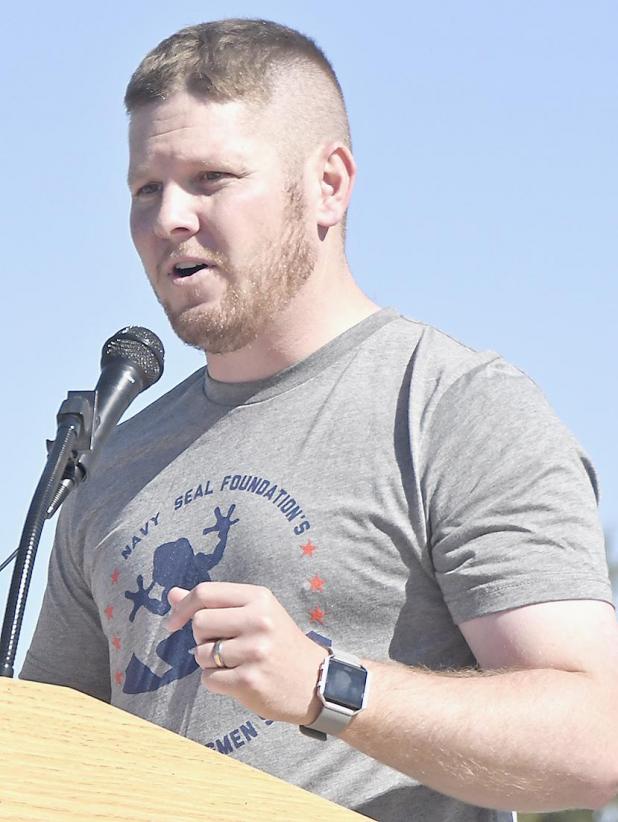 Speaker Michal Swanson emphasized the importance of volunteers in his address before the 5k. (Johnson Publications photos) 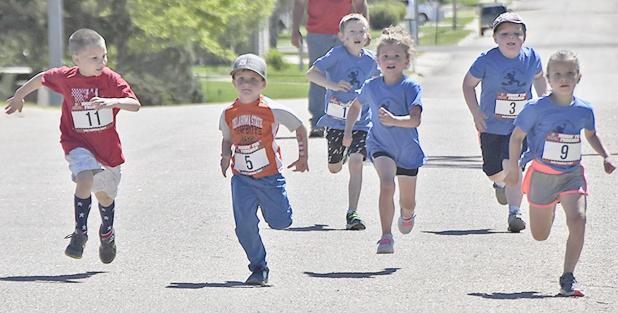 The tadpole trot runners in the age 5-6 group head to the finish in a very heated race. (Johnson Publications photos) 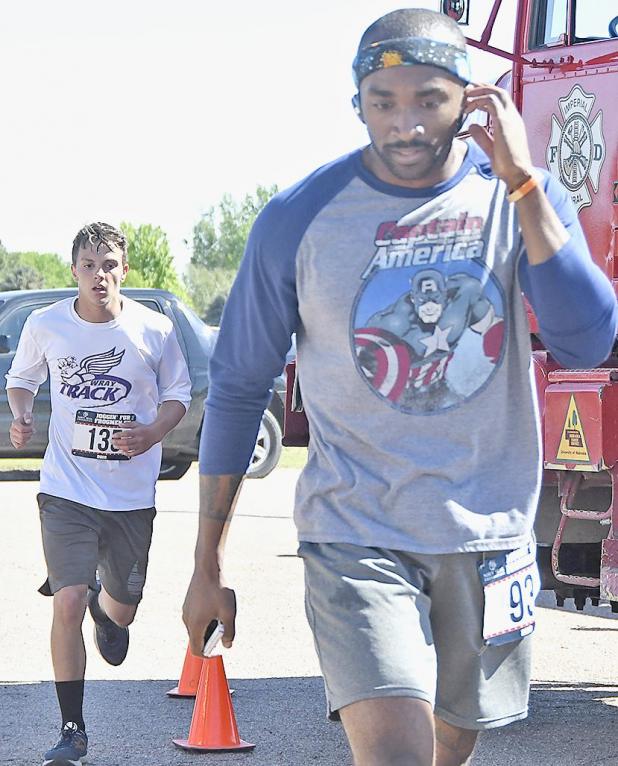 Joggin’ at $9,500 in funds raised for Navy SEAL Foundation

Just over 100 runners and walkers finished this year’s Joggin’ for Frogmen 5k held in Imperia May 25.
Added to the 11 “virtual racers” and another 12 tadpole trot runners, race director Kelsey Owens was happy with the sixth annual fundraiser.
Race winner Jon Whiting of Arvada, Colorado, said he discovered Imperial’s Joggin’ for Frogmen on the website runningintheusa.com.
The 25-year-old finished in 19:45, and said it’s his goal to run at least one race in every state before he’s 35. He left Arvada that morning about 4:30 a.m. to get to Imperial.
Female winner Lyndsy Schultz, also of Colorado, was back for her 20th high school reunion, and decided a couple days before the event to run the 5k. An avid runner, she’s completed about 20 marathons in her race career, and finished the 5k in 21:07.
Both runners finished about three minutes ahead of last year’s top times.
At the start of the 5k during a sunny Saturday morning, Owens said all of the items for the raffle and divisional winners, and other race support, were donated.
“We had no race expenses, so all of your registrations will go to the Navy SEAL Foundation,” she said.
Speaker Michal Swanson of Imperial, who also ran the 5k that day, focused on volunteers in his address before the 5K started.
The Army National Guard veteran said he was blessed to be among the greatest generation in the U.S., noting that for the past 18 years of military conflict, this country has put forth an all-volunteer force.
“I am proud to have been one of those who stepped up and volunteered,” he said.
Only deployed once himself, he said he was able to return home to his family that includes wife Angie and two young daughters.
“Today, though, some have two, 10, 12 deployments,” he said.
“That changes a person. It can stress the person, the marriage and family.”