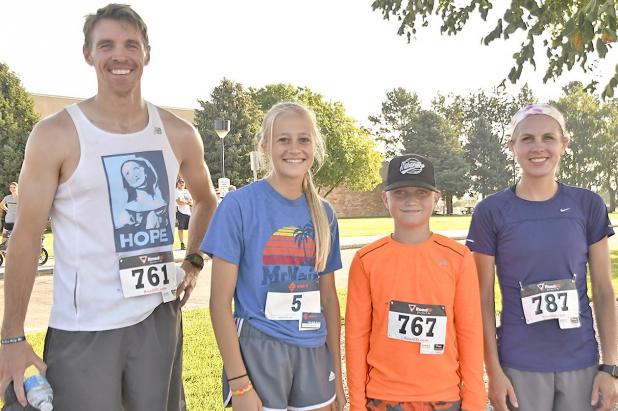 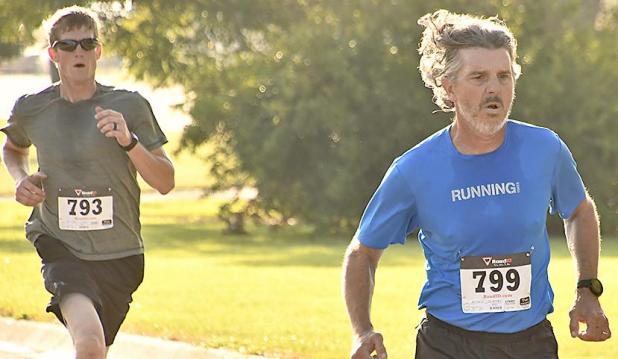 Race Co-Director Jonathan Beverly races for the line as the third place finisher in the 5K, closely followed by his nephew Logan Kruger, who was fourth. (Johnson Publications photo) 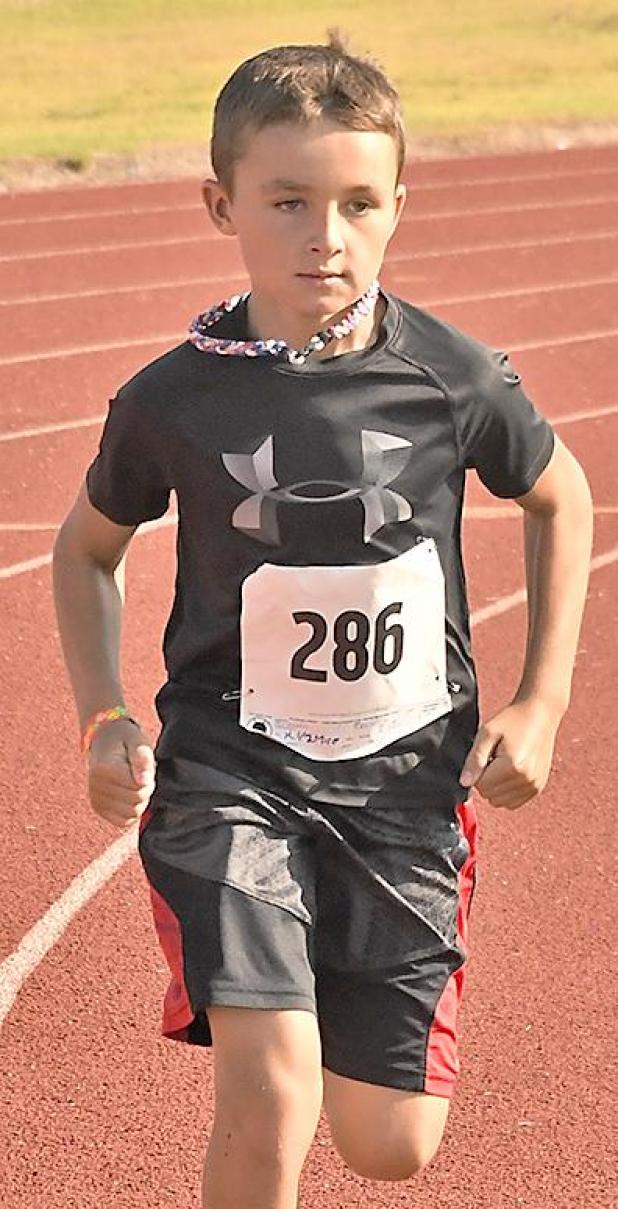 Brextin Moreno, above, and Adi Hauxwell, below, were the first place boy and girl runners in the kids’ half-mile. (Johnson Publications photos) 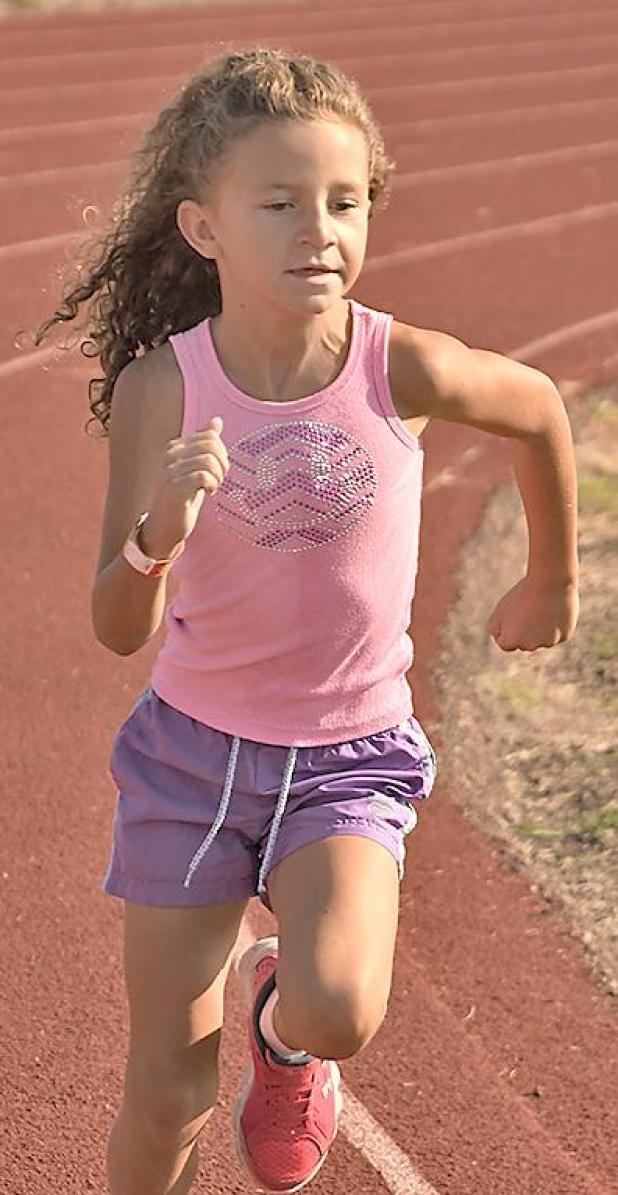 Chase County Fair’s annual run on Saturday morning has now entered another decade of existence.
This year’s edition on Aug. 18 marked the 40th year for the run, which continues as a major staple of the week-long, event-packed fair.
This year’s events, which included a 5K, mile and kids’ half-mile, drew 91 registrations. Of that group, 75 finished their races, with the most—53—competing in the 5K.
There was no 10K in this year’s fair run.
Topping the field in the 5K was Darrin Schultz of Imperial with a time of 17:24. His finish bettered last year’s winning time from Chris Bartels by 33 seconds.
Beverly said Schultz’s time was the fastest run on the current course that has started at the school since 2003, and likely the fastest the past 22 years.
“As far as I can tell, it is the fastest time since Myron Graham of Riverdale ran 16:31 in 1996,” Beverly said.
Michelle May of Imperial, while pushing a stroller with her two youngest children aboard, was the fastest woman in the 5K, finishing in 24:18. She was 10th overall among all men and women.
Winners of the mile race, which drew a total of seven, were Ali McNair, 7:53, and Tucker Mollendor, 11:01.
The kids’ half fielded 15 runners, and “was as full and fun as ever,” Beverly said.
Sponsored and directed by the McNair Agency and family, the race was run on the school track while adult runners cheered from the concession stand area as they waited for awards. Brextin Moreno repeated his half-mile victory from last year (three in row now), while Adi Hauxwell won the girls’ division.
Wauneta’s Tony Cribelli, who turned 80 this year, was the oldest finisher. He also improved his time nearly 14 minutes from last year, finishing at 45:08.

To read more on the Chase County Fair and other stories, please log in or subscribe to the digital edition. https://etypeservices.com/Imperial%20RepublicanID359/