As they had done all season, the Lady Longhorns asked their opponents in the district final game from Wahoo to join them in a prayer after the game. 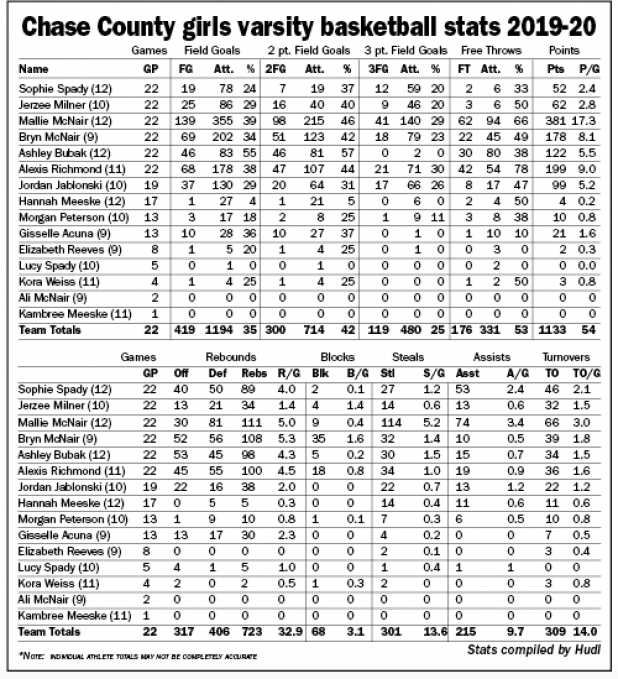 CCS girls record one of best seasons in school history

It’s definitely one for the record books, if not at the top of it.

The Lady Longhorns’ 2019-20 basketball season, just a game shy of the state tournament, will long be remembered by Chase County players and fans.

The 18-4 season not only included the girls’ first SPVA Conference Tournament win since 1983 and an 11-game winning streak at the end, it also was a season of growth, said Coach Randy Longoria.

“A coach doesn’t always have the luxury of having a team that can maneuver from set to set and with changes on both ends of the court,” he said.

From the beginning of the season to the end, Longoria said the team developed week-by-week in its ability to function in a wide variety of offensive sets and different defenses.

Longoria knew during summer basketball that he had a special group.

He said even with the limited time to set up offenses and sets in the summer, he felt confident a good season was ahead for his first year as head girls’ coach.