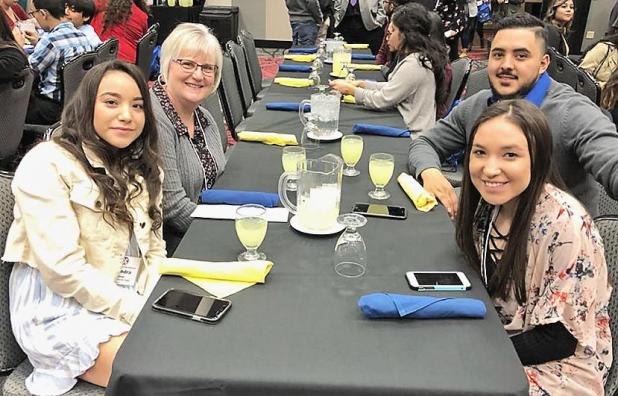 Students at the Mid-Plains Community College (MPCC) Imperial campus will have more opportunities for personal and professional growth thanks to a decision by the MPCC Board of Governors Aug. 28.
The board approved the formation of an Imperial Campus Student Organization, making it the first of its kind on any of MPCC’s community campuses. In addition to Imperial, the college also has community campuses in Broken Bow, Ogallala and Valentine.
“We have been looking at different ways to get our students more engaged for a while now,” said Brenda Ledall, Imperial Campus administrator.
“We are growing and are also seeing more high school students staying in Imperial after graduation and not moving to a campus. Because they are doing that, they don’t get the dorm experience,” she said.
A committee consisting of Ledall, Kara Hagan, who will serve as the organization’s sponsor, and Abigail Frias, MPCC student, came up with the idea of having their students participate in extracurricular activities together.
“We would like to have business leaders from the community speak to the students,” said Ledall. “We would also like to take the group to the Latino summit in Kearney and encourage them to be more engaged with the community by volunteering.”
The group’s new designation as an official organization will open the door to financial assistance for those events, according to Brian Obert, MPCC area dean of student life. The organization will be able to access funds the college collects from its bookstores, pop machines and other vendors.
“It would be great if we could bring students from Broken Bow, Imperial, Ogallala and Valentine together for conferences, seminars and things of that nature,” said Ledall. “If this organization is successful, the goal is to create something similar at all other community campus locations.”