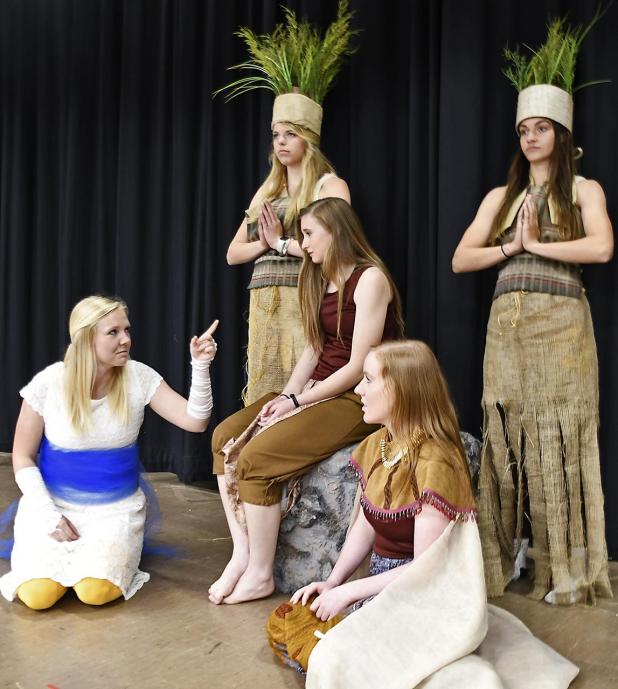 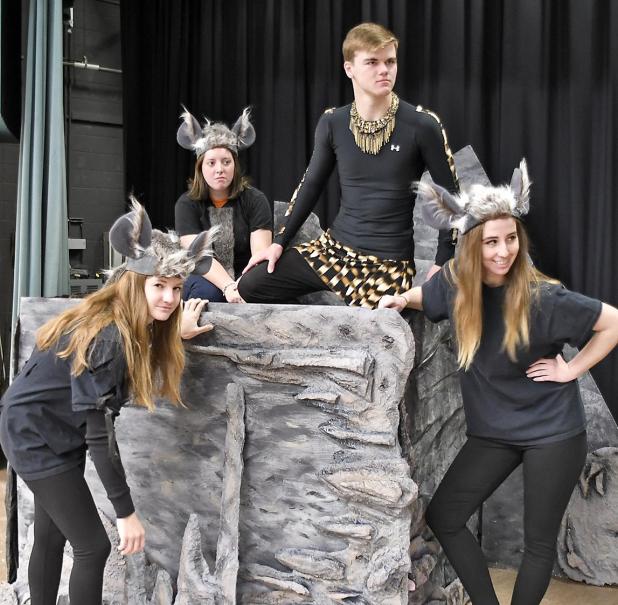 By Christi Christner The Imperial Republican

Chase County Schools (CCS) spring musical, “Lion King Jr.”, will be making its debut April 30 at 2:30 p.m. and 5:30 p.m. and May 1 at 7:30 p.m.
The musical is co-directed by Randy Hayes and Jill Bauerle, accompanied by Rob Browning, Agnes Strand and a couple of band students and choreographed by Cara Keating.
With less than a week until opening night, both actors and directors have been rushing to put the finishing touches on costumes, sets, acting and songs.
“Some of the set pieces still need to be painted and there are just a few things to get for costumes,” said Hayes.
Because CCS hosted the District Music Competition last Friday and this is the first year the musical has been in the spring, practice time has been difficult to plan.
“We are pushing really hard to get ready, but because of district music and all of the other activities in the spring it’s been difficult, but we will get there,” said Hayes.
“Lion King Jr.” is the same story line known and adored by many around the world. The story, however, has been shortened and made more accessible for smaller high schools. Because of copyright, the “Jr.” must be added to the title.
There are 39 cast members involved in this year’s musical, and the majority are choir students.
Major cast members include: Will Kuenne, Rafiki; Noah Griffin, Mufasa; Colton Burpo, Scar; Brooklyn Christensen, Young Simba; Parker Dillan, Mature Simba; Shaylee Heathers, Young Nala; Rose Sullivan, Mature Nala; Nike Smith, Timon; Nolan Spady, Pumbaa; Kaylee Meeske, Zazu; Ryelee Christensen, Sarabi; and Giovanna Welch, Peyton Fiedler, Dawn Castle, Kelly Christensen, Tagan Mays, Hunter Bartels and Kacie Arenz, hyenas.
Reserved seat tickets are still available at the school or from any cast member. Tickets will also be available at the door. Adult tickets are $5 and students are $4.