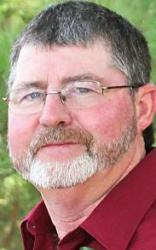 Thomas Joe Hayes, 59, of Imperial, Nebraska, passed away Saturday, June 1, 2019, as the result of an accident at his workplace.
Tom was born Nov. 25, 1959, in Imperial, the second child of William Thomas Hayes and Wanda Darlene (Cook) Hayes.
Tom grew up on the family farm just west of Imperial with his older sister Susan and younger brother Greg. He started country school at Dist. 22, then transferred to Imperial Grade School.
Tom finished school in Imperial, graduating with the class of 1978. After graduation he went to work for Dreiling Cattle Co., working with Seth Fitzpatrick and Paul Hickman.
On June 28, 1986 he was united in marriage with Karen Howard. Over the next few years he became the proud father of Philip William and Matthew Brian Hayes.
In 2000 Tom went to work for UAP (now Nutrien Ag Solutions) making fertilizer for many local farmers. Tom took great pride in his job and always did his best to meet the busy season demand.
Tom had a love of family and community. Over the years he wore many hats including Little League coach, Jaycee member and president, Scout leader, Eagles member, family man and friend.
Tom always loved music and enjoyed his side job/hobby as an IROC DJ providing music and entertainment at many area celebrations and venues.
Tom had a love of anything sports related, especially his beloved Huskers. He always enjoyed his time out on the golf course and reminiscing about all the fun he had playing softball with his friends.
In 2014 he and Karen welcomed Brandi into the family when she married Phil. He put on another hat, that of Grandpa Tom, when the family welcomed Phil and Brandi’s daughters Lennox Anne in 2016 and Maddox Lynn in 2018.
He was very proud of his granddaughters and he loved them dearly.
Tom leaves behind his wife Karen of Imperial; son Phil (Brandi) Hayes of Eagle, Nebraska and daughters Lennox and Maddox; son Matt Hayes of Corvallis, Oregon; sister Susan (Dave) Irey of Imperial; sister-in-law Tina Hayes of Imperial; mother-in-law Cathy Howard of Imperial; brother-in-laws Greg Howard of Imperial and Brian (Bonnie) Howard of Kimball; sister-in-law Lenore (Mike) Weatherly of North Platte; a host of nephews and nieces, grandnephews and grandnieces, extended family and friends.
Tom was preceded in death by his parents and brother Greg.
Funeral services will be held today (Thursday), June 6, at 10:30 a.m. at Zion Lutheran Church with Pastor David Kahle officiating. Burial will follow at Mount Hope Cemetery in Imperial.
Visitation was held Wednesday, June 5, at Liewer Funeral Home in Imperial.
A Celebration of Life will be held Thursday evening, June 6, starting at 7 p.m. at the VFW hall in Imperial.
A memorial has been established in his name.
Online condolences may be left at liewerfuneralhome.com.
Liewer Funeral Home is entrusted with arrangements.