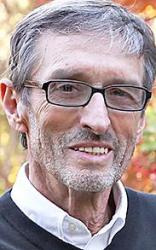 Rock Smith passed from life on this earth to his eternal home with the Lord on Aug. 6, 2018, at UCHealth in Aurora, Colorado as the result of a heart attack and complications from open-heart surgery.
Rock Allen Smith was born Sept. 5, 1945, to Sheridan Smith and Haziel (Irvine) Smith in Imperial, Nebraska, and grew up on a farm two miles south of Champion.
He had an adventurous boyhood. By age 10, he was driving a tractor by himself to plow fields, receiving his first real gun to shoot pheasants and rabbits to eat and sell the rabbit pelts, fishing with his dad at the Frenchman Creek and sleeping on the ground overnight.
He rode his horse to Champion Grade School and would leave the horse in his Grandma Pearl’s garage while he was in class. After graduating from eighth grade, he boarded in a private home in Imperial for his freshman year at Imperial High School. His parents and two brothers moved to Imperial the following year.
Rock greatly enjoyed his high school years and was well-liked. He was the one who would initiate something to annoy a teacher and yet make it appear that it was someone else—subtle trickery, probably what made him a good teacher and administrator. Future students asked him, “Do you have eyes in the back of your head?” He knew what to look for as he had written the book on these things.
Basketball was probably his greatest interest in his high school years, and rightfully so. He was the lead player on the basketball team and was responsible for the team winning the South Platte Valley Association championship in 1963, which had not been accomplished in years. He was easy to identify in his white ’59 Chevy convertible. He graduated in 1963.
Rock graduated from the University of Nebraska at Lincoln in January 1968 with a Bachelor of Science in business education. He was then employed as a teacher in Julesburg.
In the fall of 1968, he moved back to Lincoln and taught business classes at Weston High School while beginning a master’s degree.
Rock married Rochelle Browne on April 11, 1969, at the United Methodist Church in Holyoke, Colorado. In August of that year, they moved to Chowchilla, California, where he taught business classes at Chowchilla High School for 17 years. His students benefitted from his teaching skills and unique teaching style. He was the FBLA adviser for many years. He was also the yearbook adviser for 14 years and developed the book from an 8-by-11 black-and-white to an 11-by-14 color book.
Rock coached the 1970 CUHS boys tennis team, which won the Valley Championship for Boys Singles and Boys Doubles. For several years he coached the boys golf team, and they won League in 2001.
Rock and Rochelle were blessed with two children during these years: Amy and Steven. He greatly enjoyed attending all their school events: academic, sporting and musical. He was a caring, gentle and committed husband and father.
Rock earned a master’s degree in school administration from Fresno Pacific University on Dec. 19, 1989. He then became the principal of Chowchilla Adult School and the director of independent study for 20 years.
Rock was involved in professional organizations, serving as chairman of the California Council State Conference for Adult Education in 2000, held at the Radisson Hotel in Fresno, California. He also organized regional conferences at Bass Lake for independent study. He was president of the CCAE Central Section 1995-1996 and was the liaison for vendors several times at independent study conferences.
During the summers, Rock and his family lived in Loveland, Colorado where he was an American entrepreneur, starting a sprinkler system business which thrived without advertising, new customers coming from recommendations from former clients. For the last 18 years, they resided and installed sprinklers in Holyoke, Colorado. Rock also worked part time as a realtor for 25 years (before and after retirement from education). He made many friends among these clients.
Rock’s favorite hobby was golfing, and he enjoyed playing in tournaments, especially “scrambles,” with relatives and friends. Attending professional golf tournaments at Pebble Beach, Torrey Pines and Pacific Palisades gave him much pleasure. He also greatly appreciated the opportunity to visit St. Andrews Golf Course, the “home of golf,” in Scotland.
Rock was preceded in death by his parents.
He is survived by his beloved wife of 49 years, Rochelle; daughter Amy Smith; son Steven Smith, daughter-in-law Victoria and grandson Beckett; brothers Glade Smith and Craig Smith; sisters-in-law Ann Marie and Gayle; and many nieces, nephews and cousins.
Rock was known by family and friends for his special ability to tell stories and his sense of humor and kindness. He will be profoundly missed. Rock put his faith in Jesus Christ as his personal Savior at a summer camp after his seventh-grade year, and again as an adult. His Christian walk was characterized by “loving his neighbor as himself.” He would often say, “I’m a comedian out of work,” but he was doing God’s work by lightening other people’s burdens in any way he could.
A memorial service was held at Fairfield Covenant Church north of Paoli, Colorado on Aug. 11. Another celebration-of-life service will be held in Chowchilla, California in the future.
Memorials may be given to Joni and Friends Disability Ministry, joniandfriends.org, Rock’s favorite charity. He was such an active person, his heart went out to people in wheelchairs.
Cards may be mailed to 14370 Spyglass Circle, Chowchilla, CA 93610.