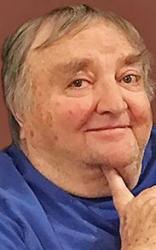 Richard Glen Bahler died June 30, 2020, at the age of 77.
He was born Dec. 26, 1942, in Sterling, Colorado, to Eldon and Stella Bahler. He was the third of four children.
Along with his brother Ray and sister Linda, Rich was raised on a farm near Pleasant Valley, Colorado, where he milked cows, attended a small country school near their home and played ball at Pleasant Valley Ballpark.
Following his eighth grade graduation, Richard opted to work at the Amherst grain elevator instead of attending high school. In February 1964, he enlisted in the United States Army, where he served as a private first class radio carrier on the front line in Vietnam. He was the only serviceman in his platoon to return home. Rich was awarded the Silver Star for gallantry in action and the Purple Heart.
Upon his return to the States, Rich worked as an instrument technician for Trans World Airlines while attending Central Technical Institute in Kansas City, Missouri. After earning his associate degree, he worked for the Missouri Public Service Power Generation Plant. He met the love of his life, Ronnie Grace Watkins, and they married on March 16, 1968. Together they enjoyed swimming, canoeing, trampolining and long motorcycle rides.
Their first daughter, Roxanne Gail, was born, and in 1971 Rich graduated with a bachelor’s degree in electrical engineering from the University of Missouri at Rolla. The young family moved to Ridgecrest, California, where he worked for the California Naval Weapon Center at China Lake as a radar tracking designer, and daughter Rachel Gaylyn was added to the family.
Wanting to be closer to home, Rich flew the two-seat Aeronca Champion plane he built back from California to Nebraska to meet up with Ronnie and the girls. The family settled near Champion, Nebraska, where Rich’s brother Ray helped him get started farming. In 1975 and 1976, daughters Renee’ Ginny and Rhonda Ginger completed the family. Rich enjoyed the independence, flexibility and challenge of farming until his retirement when they sold their country home and moved to Holyoke, Colorado.
In addition to raising four girls, Rich enjoyed flying his plane, playing and coaching his daughters’ softball teams, playing cards, roller skating, hunting and square dancing, and in his later years watching Husker football. Richard’s greatest joy was being with his family.
He is survived by his wife of 52 years, Ronnie; his four daughters, Roxanne and Marc Groff of Lincoln, Rachel and Stephen Decker of Russell, Kansas, Renee and Chris Lee of Dawsonville, Georgia, and Rhonda and Chad Osborne of Amherst, Colorado; sister, Linda Statz of Holyoke, Colorado; brother, Ray and Betty Bahler of Holyoke, Colorado; and eight grandchildren, Scott and Logan Osborne, Jaden, Jacob, Jordan and Jaysen Groff, Koby Decker, and Jonathan Lee.
Richard was preceded in death by his parents; his older brother, Jimmie Lee Bahler; and his brother-in-law, Ralph Statz.
Due to the COVID-19 pandemic, a private family service was held July 6 at Baucke Funeral Home in Holyoke, with a livestream available on Baucke Funeral Home and Monuments’ Facebook page. Burial followed at the Holyoke Cemetery.
Baucke Funeral Home directed the service.