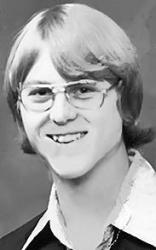 Kenneth Frank Rider was born April 7, 1957, in Imperial to Eugene F. and Marilyn E (Pflum) Rider.
In his young years, he grew up and attended school in McCook, graduating from McCook High School in 1976.
Kenny (as he was known) participated in track and was a member of the swim team.
Kenny was employed at the 7-Up Bottling Plant in McCook and worked on his grandparents’ farm near Enders.
He enjoyed his time on the farm and the family cabin at Enders Reservoir. He especially loved to ride motorcycles, playing tennis, and spending time and caring for all the family pets.
Kenny passed away Saturday, July 25, 2020, in Norfolk. He was 63 years of age.
Survivors include mother Marilyn Rider of McCook, sister Kimberly Rider of Wauneta, many aunts, uncles, nieces, nephews and cousins.
Kenny was preceded in death by his father Eugene, grandparents Frank and Maryan Rider and Roger and Teresa Pflum and his uncle Kenneth.
Mass of the Christian burial will be held Thursday morning, August 6, 2020. 10:30 a.m.  at the St. John Catholic Church in Wauneta with Fr. Bernard Lorenz officiating. Inurnment will follow at Riverside Cemetery, Wauneta.
A Rosary will be recited on Thursday morning, August 6, 2020, starting at 9:30 a.m. before services, at St. John Catholic Church in Wauneta.
A memorial has been suggested to the Rider family for a future designation.
Online condolences may be left at liewerfuneralhome.com.
Liewer Funeral Home of Wauneta entrusted with arrangements.