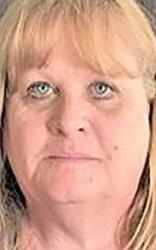 Joy Elaine Howerter, age 58 of Grant, passed away Friday, Aug. 31, 2018, at her home.
Joy was born on Easter Sunday, April 17, 1960, in Kearney, Nebraska to Ray and Betty (Burkholder) Dorothy of Pleasanton. She was the youngest of four children.
Joy grew up on the farm and graduated from Pleasanton Schools in 1978. She then received her degree from the Grand Island School of Business.
She was joined in marriage to James Howerter of Cambridge on June 12, 1982. They had three children, Joshua, Seith and Michelle.
Joy was involved in many community events including the WCTU which she joined at the age of 16, 4-H which she was a member as a child and was the leader of clubs and was on the 4-H council; she was a board member of Sunset Haven for 16 years and a chairperson for 13.
She enjoyed working several places in her life including Kearney State College in the Emergency Medical Services Department, part-time at Kansas Nebraska Gas Company, Perkins County Extension office, Grant Library and Perkins County Schools.
A couple of her favorite things to do were working on her flower beds and fishing with her family and spending time baby sitting and enjoying her grandkids. She loved making crafts and visiting with anyone that she met.
Joy was preceded in death by her parents; sister Janet; and 10-month old son Seith Aaron.
Survivors include husband Jim; son Josh of Grant; daughter Michelle (Cody) Cole of Kearney; three grandchildren, Bryson, Braelynn, and Braden Cole; two brothers, Leon Dorothy of Keokuk, Iowa, and Rodney (Teresa) Dorothy of Pleasanton; and numerous nieces and nephews.
Memorials may be made to the Grant Evangelical Free Church or to the Joy Howerter Memorial, which will serve to fund a nursing scholarship.
Services will be held on Friday, Sept. 7, at 10:30 am at the Grant Evangelical Free Church with Russ Gaar officiating. Interment will be in the Cambridge Cemetery later in the afternoon.
Visitation was held on Thursday from 3 to 6 p.m. at the Bullock-Long Funeral Home in Grant.
Bullock-Long Funeral Home of Grant is in charge of arrangements.