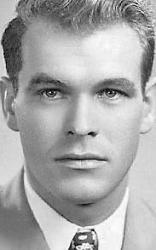 Glen Vincent Weiss, 94, died on Aug. 12, 2018, in Greeley, Colorado.
Glen was born on July 12, 1924 to Clayton and Mary (Hier) Weiss in Imperial, Nebraska. Glen was one of nine children born to Clayton and Mary.
Glen graduated from Chase County High School in Imperial. On Feb. 17, 1944, he joined the Army Air Corps. Glen served in WWII as an airplane mechanic in the Pacific islands. Four of Glen’s brothers also served in WWII—amazingly, all five brothers came home alive but rarely talked about their experiences. He was honorably discharged on Oct. 30, 1945.
After serving, Glen attended Nebraska State Teachers College at Kearney (UNK) and received his teaching degree. His first teaching assignment was in the Maxwell school district. During this time he met and fell in love with a girl that would forever change his life, Betty Clark from nearby Gothenburg.
They met Thanksgiving 1949 when Glen was living at the home of one of Betty’s aunts. When Glen proposed, he said he was “wise” (Weiss) as an owl. Betty asked him how he got to be so wise and he said, “Well, marry me and you’ll find out.” Betty was evidently intrigued as they were married on June 2, 1952, at Our Lady of Good Council Church in Gothenburg. To this union four children were born: Michael James, Linda Louise, Steven Scott and Matthew Glen.
Glen and Betty made their home and farmed south of Gothenburg. In 1960 the family moved to northern Colorado. There Glen farmed and taught in the RE-1 Valley School District. He earned his master’s degree from the University of Northern Colorado in administration. Glen gave up farming and went into school administration full-time as a junior high principal in LaSalle, and later as the elementary principal in Gilcrest.
In 1967 Glen took his family to Guam on a teacher exchange program. The Weiss family had the rare and amazing experience of living on the small island of Guam and becoming “locals” for two years. Both Glen and Betty believed it was important for their kids to discover another culture and to understand what it was to live as a minority in the community.
Upon returning to Colorado, Glen remained in school administration/teaching until his retirement in 1982, when he and Betty then made their home in Greeley, Colorado.
Glen was a devout and faithful Catholic. He and Betty attended St. Mary’s Church in Greeley for many years. They both enjoyed playing cards with friends and family. Glen and his siblings loved to play pitch and were always up for a spirted game of cards.
Glen was a devoted father and grandfather and what made him smile the most was spending time with his grandchildren. You could always find him in the garden or in the yard with a grandchild at his side.
Glen is survived by his four children, Michael of Hilo, Hawaii, Linda of Denver, Colorado, Steve (Susie) of Ft. Collins, Colorado and Matthew (Lorri) of Gothenburg; five grandchildren, Patrick, Heather, Lindsey, Brian and Kelsey; two step-grandchildren, Brynn and Ian; and seven great-grandchildren.
He is also survived by his brother Gerald Weiss of Colorado Springs, Colorado; sister Mary Ann Stinnette of Imperial; sisters-in-law Ardith Clark of North Platte and Kay Weiss of North Platte; and numerous nieces and nephews.
Glen was proceeded in death by his parents; five brothers— James (Fay), Irvin (Evelyn), Louis (Jeanette), Leo (Delores) and Robert Weiss; sister Charlotte (Robert) McNair; sister-in-law Sue Weiss; brothers-in-law Verl Stinnette, Roger (Frances) Clark, Dale (Betty Lou) Clark and Van Clark; and daughter-in-law Diane Weiss. Glen was also proceeded in death by his most treasured love, his wife Betty, to whom he was married for 62 years.
A family service and final burial of both Glen and Betty’s ashes will take place at Fort McPherson National Cemetery in Maxwell, at a date later this fall with full military honors.
Memorials may be given in Glen’s name to the Honor Flight Organization at 175 S Tuttle Rd., Springfield, OH, 45505; or online at Honorflight.org.