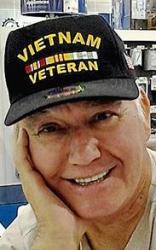 Many things can be said about Gerald “Jerry” Dwight Egle. Known to friends and acquaintances as a friendly, empathetic and decisive man, his compassionate nature would always shine through, revealing his charm, warmth and conscientious demeanor. He was warmhearted and gentle in all things he sought to accomplish.
Jerry was born Oct. 15 1943 in Benkelman, Nebraska as the first born to Wilma and Dwight Egle.
When Jerry was young, his friends and family found that  “straightforward” and “honest” were perfect words to describe him. Even as a child, Jerry demonstrated strong qualities of self-confidence, perceptiveness and a disposition that was enjoyable to those around him.
Jerry grew up with three younger siblings, brother Pete and two sisters Kathy and Bobi. Jerry enjoyed all sorts of activities with his family. He was an active child who participated on baseball, football, track and basketball teams.
He attended his first three years of high school in Wauneta and then his family moved to New Lenox, Illinois where he graduated from Lincoln-Way Community College High School in 1962. He did well in school and genuinely enjoyed telling stories in a way that drew people to him
Jerry was always seen as the type of person who was the more gracious giver. In fact, he sometimes felt ill at ease when he was the one on the receiving end. Throughout his life he had many friends. While growing up, a couple of his best friends were Donald Morgan and his cousin Dennis Egle.
On Aug. 8, 1964 Jerry married Mary Lubway at St. Jude’s Catholic Church in New Lenox, Illionois. Compassionate and devoted, Jerry worked hard to make his family happy. He was always generous with his time and this meant that Mary came first in Jerry’s book. He was always caring and made certain that he considered Mary’s feelings. By trusting his emotions, Jerry did his best to make sure that both the marriage and home life ran smoothly. This is just one more example of how Jerry was truly a person of empathy.
Jerry’s quality of being a caring and tolerant person who was very accepting of others translated to being a good father to his children. Jerry shared these values with his two children Lisa and Todd. Jerry related well to children of all ages and was able to connect to them on their level.
Jerry experienced success in his work life over and over again. His primary occupation was an automobile mechanic. He started his own shop in 1975. He had many devoted customers including the local police department, some schools and customers who followed him from the dealership he worked for before starting his own business. That dealership even sent him work they couldn’t figure out.
Jerry was an army veteran. He was stationed in Ft. Huachuca in 1966 and from there was sent to Vietnam in 1967. He always said, “It was a million dollar experience, but I wouldn’t take a million dollars to do it again.”
Jerry derived much satisfaction from sports. He always enjoyed watching his favorite teams’ events whenever he got the opportunity. Tops on his list were football and baseball.
Jerry was a lifelong teacher of many different things, whether he was teaching his children life lessons, women at his auto repair shop how to change a tire or the oil in their cars or instructing students on how to ride motorcycles. Jerry was an avid rider and loved scenic road trips with Mary at his back to share the experience.
Jerry’s faith was important to him. He was a member of St. Ann’s Catholic Church in Channahon, Illinois for 22 years, serving as an usher and tenor in the choir and a member of St. Joseph’s Catholic Church in Phoenix, Arizona for 25 years.
Though he never did anything solely for individual recognition, Jerry was given accolades for his many and varied efforts throughout his life. If the truth were known, Jerry was a little uncomfortable with being singled out for recognition.
Jerry passed peacefully on Aug. 31, 2019 in the Carl T. Hayden Veteran Hospital in Phoenix, Arizona. He was surrounded by his devoted wife Mary, daughter Lisa, son-in-law Mike and son Todd.
Jerry is survived by Mary, his wife of 55 years; daughter Lisa (Mike Pearson); son Todd (Vanessa); and five grandchildren MacKenzie Pearson, Braelyn Pearson, Ryan Egle, Emery Egle and Harrison Egle; father Dwight William Egle; sister Bobi Hicks; brother Pete Egle; and numerous nieces and nephews; great-nieces and nephews and great-great-nieces and nephews.
He was preceded in death by mother, Wilma Eileen Egle and sister Kathy Lauffer.
Services were held at St. Joan of Arc Catholic Church in Phoenix, Arizona. Jerry was laid to rest with military honors at the National Memorial Cemetery of Arizona on Sept. 13, 2019.
Jerry was tender hearted and easy to get along with. He left us all his legacy of lifelong friendships and cherished memories. Each life that was touched by him will dearly remember Mr. Gerald “Jerry” Dwight Egle.