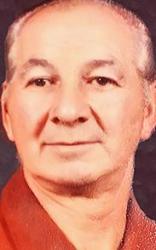 Gene Lowell Rowley was born the fourth child of George and Wilma Rowley on Sept. 28,1931. It was the third year of the Great Depression and times were tough.
Despite the lack of luxuries, they nurtured a warm and loving home. Teaching each child the value of hard work, discipline and a good attitude.
His parents prepared Gene to carry that importance to his children and grandchildchildren. He worked the best job he could, as hard as he could. He married Mary Lea Andrews and together they worked tirelessly and provided an excellent environment to raise three good children. Nikki, Becky and Richie flourished as Gene worked jobs from farmer to dam builder, gas station owner/operator, on to manager of Universal Blueprint Paper company to name a few.
He taught by example and retired a Master Plumber. He was very popular. Everyone loved Gene and he invested kindness and laughter in each person he met. He lit up the room with a natural charisma and treated everyone like an old friend.
He also loved to aggravate and took this to a professional level along with practical jokes. He liked nothing more than to talk friends and relatives into doing dumb things, preferably in front of others.
His accomplishments include: Graduate of Chase County High school, Good Citizens award, Employee of the year, ( more than once), Graduate Apprentice of Arkansas Plumbing Board, Dedication (in his name) of the building at the Shirley Ball Park.
He was preceded in death by his five brothers: Darrell Austin Rowley, Bobby Neal Rowley, George Grover Rowley, Gail Dwight Rowley, Dennis Arlan Rowley and sister Gwendolyn Maxine Rowley. Parents George Edward and Wilma Rowena Waidley Rowley; and one grandchild Mitsy Ann Brown.
Gene is survived by sister Glenda Aurelia Loeffler; daughter Becky Jean Baker; grandchild and great grandchild Doug and Colton Brown; daughter Nikki (John) Davis; grandchildren and great-grandchildren, Cody and Kristine Davis, Sienna  and Kayden Davis; son Richard Lowell Rowley and grandchildren Paisley Rain, Kaleb, and Shelbi Rea Rowley.
Gene is missed by so many because he asked so little and gave so much. We Love You Daddy.
Graveside services for Richard will be on Monday, June 1, 2020, 2 p.m. at Mount Hope Cemetery, Imperial.
(Please keep all COVID-19 protocol and social distancing in mind)
Online condolences maybe left at liewerfuneralhome.com.
Liewer Funeral Home entrusted with arrangements.