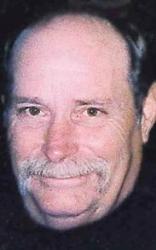 Dennis M. Buffington, age 72, of McCook, Nebraska, passed away Monday, July 1, 2019 at Community Hospital in McCook.
Born Jan. 14, 1947 in McCook, Dennis was one of four brothers born to Harold Lee and Laura Margaret (Meury) Buffington. Dennis attended school in McCook, graduating from McCook High School with the Class of 1966.
Following high school, Dennis enlisted in the United States Army, proudly serving his country during the Vietnam War. Dennis was awarded the Vietnam Service Medal with five Bronze Stars as well as the Combat Infantryman Badge. He was honorably discharged in 1969.
Over the years, Dennis was employed as a meat cutter in a variety of local grocery stores. He enjoyed riding his motorcycle, camping and fishing. Dennis was a member of St. Patrick’s Catholic Church in McCook. He was an avid sports fan, rooting for both the Cornhuskers and the Broncos. Dennis had been residing in Colorado before moving back to McCook in 2004.
Dennis was preceded in death by his parents and one brother, Mark Buffington.
Those left to celebrate his life include his son, Troy (Suzanne) Buffington of Gilbert, Arizona; daughters Amy (David) Mosier and Melisa (Josh) Califf of Ft. Morgan, Colorado; two brothers, Ray (Vicki) Buffington of Imperial and Roger (Shari) Buffington of Farmington, New Mexico; 12 grandchildren and two great grandchildren.
A Memorial Service was held on Monday, July 8, 2019, beginning at 1 p.m. at Carpenter Breland Funeral Home, McCook with Mike Roth officiating.
Burial with Military Honors followed in Memorial Park Cemetery, McCook.
Memorial contributions may be made in Dennis’ name for future designation.
Carpenter Breland Funeral Home was been entrusted with the arrangements. Please visit their website at www.carpenterbreland.com to sign the online guest book for the family.