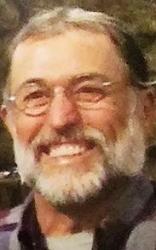 Daniel “Joe” Anderson was born May 20, 1953, to William and Hope Anderson of Chadron, Nebraska. Joe graduated from Chadron State College in 1978 with a degree in speech and broadcasting.
After graduation, he was a conservation aid with the Nebraska Game & Parks Commission at Ft. Robinson State Park until he began work as a soil conservationist for the United States Department of Agriculture until he retired in 2011.
Joe loved “living the RV life,” traveling the country and being a camp host, particularly in Seeley Lake, Montana. He was a skilled dog trainer, participated in community theater and music, and enjoyed outdoor activities including fishing and camping.
Joe had a great sense of humor, laughing and joking, bringing a smile to everyone around.
Joe passed away on Dec. 26, 2019 at Pioneer Manor in Hay Springs.
He was preceded in death by his mother and father and is survived by two daughters, Amanda Hardwick of Portland, Oregon and Danielle Anderson of Kansas City, Missouri from his first marriage to Sally Anderson of Highlands Ranch, Colorado; his ex-wife, Beverly Anderson of La Vista; his brothers and sisters-in-law Jerry and Betty Anderson of Hay Springs, and Dale and Pam Anderson of Chadron, as well as his many nieces and nephews. He will be missed by his faithful and loving Parti Poodle, Gunny.
A celebration of life will be held at a later date with close family and friends.
Memorials can be sent to the National Epilepsy Foundation in his name. https://www.epi- lepsy.com/