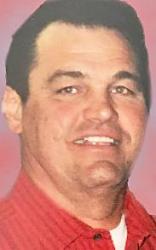 Gary Dean Malone, age 76 of Scobey, Montana, formerly of Palisade, Nebraska, passed away Aug. 1, 2018 at the Daniel’s Memorial Healthcare Center in Scobey, Montana.
He was born on May 31, 1942, in Harlan County on farm near Orleans, to Elmer Gale and Lucille Grace (Hays) Malone.
He graduated from Palisade High School in 1961, Kearney State Teacher’s College in 1967 with a B.S. in Education and continued to earn enough graduate credits throughout his lifetime for master’s degree.
He was united in marriage to Judy LaRue Phares on June 18, 1966. Their marriage was blessed with the birth of two daughters, Elizabeth (Libi’) Ann and Christyn Jo.
Gary taught at Kearney State College, McCook Public Schools, Stratton Public Schools, Benkelman Public Schools, Wauneta-Palisade Public Schools as well as serving as a substitute teacher in the southwest Nebraska area.
He also owned and operated M-Bar Ranch at Palisade, continuing the tradition his father started in 1942.
He was a member of the Southwest Public Power Board, secretary 12 years; Palisade Rural Fire Department as well as Wauneta Coop Oil Company, Chairman numerous years. He was also lifetime member of the Palisade United Methodist Church, Palisade.
Gary loved participating in the Imperial Community Arts and Players organization and was cast as the role of “Jud” in Oklahoma (twice), “Ole’ Black Joe” in Ole’ Man River and “Lazar Wolf” in Fiddler on the Roof as well as having parts in various other productions.
He truly excelled and loved raising and breeding high quality livestock, especially crossbred cattle, hogs and Quarter Horses. He conducted several bred gilt sales at the ranch and raced Quarter Horses in Nebraska and other race circuits in numerous states. He took great pride in having a horse qualify for the prestigious All American Race in Ruidoso, New Mexico.
He greatly enjoyed public speaking and served as lay speaker for vacationing or empty pulpits as well as speaking for Stonecroft Ministries and as an inspirational speaker for graduations and athletic banquets. He enjoyed Elvis and sang like him, respected John Wayne and humorously imitated his speech and loved the Nebraska Cornhuskers. When asked his favorite color, he would reply “Any color is fine as long as it’s red! He was licensed as a Private and Commercial Pilot.
Gary was a tower of strength, integrity and character. He was a “man’s man” who modeled honor, loyalty and fair play to his family, friends, students and acquaintances. He would fight for right and stand for the wronged.
Gary was a social gregarious, outgoing character who was larger than life! He never met a stranger or someone he couldn’t speak with, even after a massive stroke made communication very difficult. Gary worked very hard all his life and worked even harder to educate those whose lives he touched and especially those who were the “under-dog.” But life was more than teaching, coaching, flying or farming—he instilled values for life. He spoke publicly about “Life’s Higher Goals” and brought the message of Jesus Christ to all he ministered to.
Gary joked often that the Lord had to hit him in the head to get his attention! Because of his stubborn strength and work ethic, he survived two severe accidents and a massive stroke 12 years ago, defying odds that he’d ever walk or talk again. Gary was a big, powerful man who chose to show his strength by being a loving, loyal husband, father, friend and family man that led grace before meals for those gathered around his table until the very end. His lasting impression will be on our hearts forever.
Gary is survived by his loving wife, Judy, of Scobey, Montana; daughters Libi’ (Scott) Susag, Scobey, Montana and Christyn (Justin) May, Hermantown, Minnesota along with grandson Henry Harley May; sisters Evelyn McGregor, Ogallala, Alta (Bob) Keating, Palisade and Bonnie (Greg) Johnson, Ogallala; step-sisters Mary Lou Sherwood, Las Alamos, New Mexico and Jane Schuster, McCook; step-brother Jerry (Karen) Reiners, Calhoun, Missouri, as well as numerous nieces, nephews and very special caregivers, Beth Dickenson, Scobey, Montana, Jamie Hiett, Imperial and Darla Jordan, McCook; sisters-in-law: DeAnna Schutte and Jenene (Jerry) Smith, all of Palisade.
He was preceded in death by father, Gale Malone; step-mother, Dorothy Sophie (Reiners); mother, Lucille Buechler; sisters, Connie Jean Havel and Nancy Gayle McDougal; brothers-in-law, Clifford McGregor, Arnie Schuster, Boyd Sherwood and Bernie Schutte; parents-in-law, Harley and Dessa Phares; and his faithful, loving service dog, Trinity.
Funeral Services for Gary were held Thursday, Aug. 9, 11 a.m. CT, Palisade United Methodist Church, Palisade with interment in the Palisade Cemetery with Pastor Elias Mukindia and Pastor Bonnie McCord officiating. Visitation was held at Herrmann-Jones Funeral Chapel, McCook, Wednesday, Aug. 8, 2 to 7 p.m. with family present from 5 to 7 p.m.
Condolences may be sent to the family at Box 523, Scobey, MT 59263. Memorial gifts will be used to establish scholarships for area students as well as scholarships for the Canine Assistance Rehabilitation organization.
Arrangements entrusted to Herrmann-Jones Funeral Chapel.