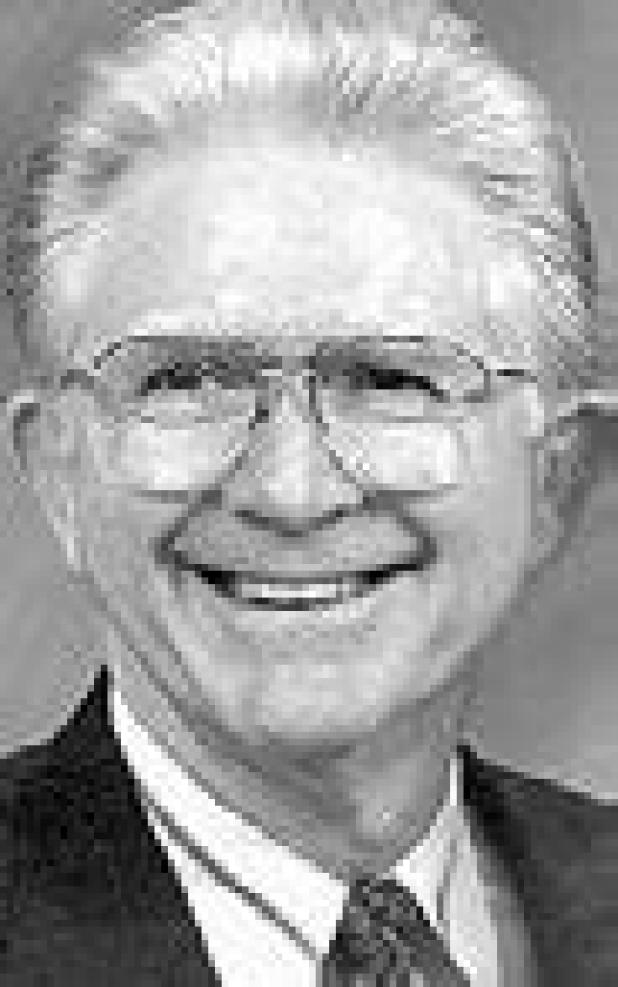 Eldon was the youngest son of the late Casper and Lillie Cook of Imperial, Neb.

Eldon graduated as an Imperial Longhorn with the class of ’49 and then went on to graduate first from McCook Community College with an AA and then the University of Nebraska-Lincoln with a Bachelor of Arts degree in business administration.

Eldon went on to work in several different companies using his math and accounting skills and then moved into what became a very distinguished career as an auditor for the government, ending his career as a Contracting Officer for the USAF Special Projects in 2000.

Eldon met the love of his life, Jennie Lou Kotschwar, on a blind date in March of 1951 and they married Jan. 1 of 1952. Eldon and Jennie Lou shared a nearly 65-year love story.

Eldon was preceded in death by infant daughter Barbara Jeanne, and is survived by many loving nieces, nephews and cousins.

Eldon was a man defined by his faith in Christ, his compassion and love. He will be greatly missed and forever remembered.

A Remembrance Service and interment was held at the Garden Prairie Methodist Church in Frontier County, Neb., on Tuesday, Dec. 13, at 10 a.m.

Memorials may be given to the charity of one’s choice. Please visit www.carpenterbreland. com to sign the online guestbook for the family. Carpenter Breland Funeral Home was in charge of arrangements.