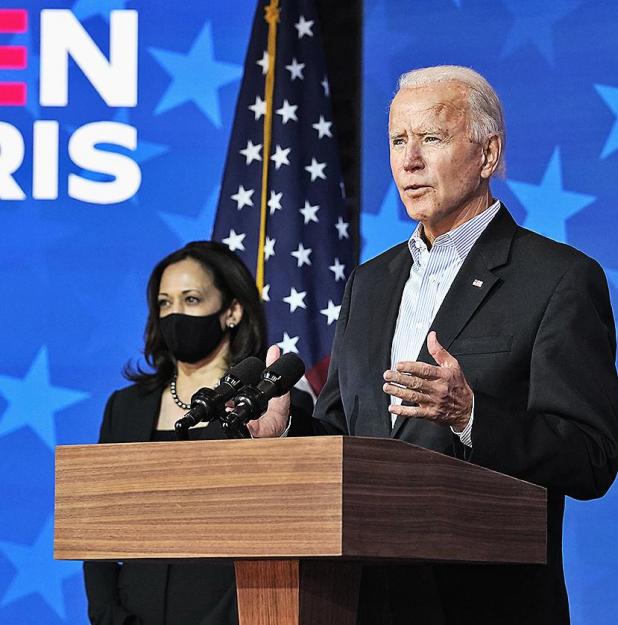 Whether the race for pres-ident has been decided or not depends largely depends whether you’re a Democrat or a Republican.
Over the weekend, initial counting of votes in key battleground states gave Biden the necessary 270 electoral votes to claim the presidency.
A week later, President Donald Trump has not conceded the race, claiming voter irregularities occurred in several of those key states, including Pensylvania, Georgia, Michigan, Arizona and Nevada.
His campaign has filed lawsuits in Pennsylvania, Nevada, Georgia, and Michigan thus far.
Those are states where either Biden’s margin of victory is relatively slim, or where a definitive winner has yet to be called.
This election is reminiscent of 2000 when Al Gore sought a recount of the results in Florida.
The recount process was ultimately decided in the U. S. Supreme Court with results favoring George W. Bush certified by the mid-December deadline.
States must certify their counts so electoral voters can be selected for their voting process to confirm the presidency.
Record turnout in state
According to the Secretary of State’s office, Nebraska broke its previous record turnout, with 74% of eligible voters casting ballots.
Chase County also set a record with 80.56% turnout.
Sen. Ben Sasse won reelection, and all three representatives, Rep. Adrian Smith, Rep. Jeff Fortenberry and Rep. Don Bacon, will remain in Congress.
Rep. Bacon narrowly won his seat again after challenger Kara Eastman received about 46% of the votes.
Perhaps the most impactful vote in Nebraska will be the one to legalize gambling as Nebraska licensed horse racing tracks.
The measure passed with nearly 65% support statewide.
The two accompanying initiatives also had to pass, which they did by margins of 65% and 69%. These initiatives established the gambling laws and tax disbursements from gambling proceeds.
Chase County voters opposed all three. No. 429 went down 1028-841; No. 430 went down 1009-872; and No. 431, which offered property tax relief, was closer with 952 against and 917 for.
Chase County was among 67 counties who voted for Amendment 1, which removed the provision from the state Constitution that slavery could be used as punishment for crimes.