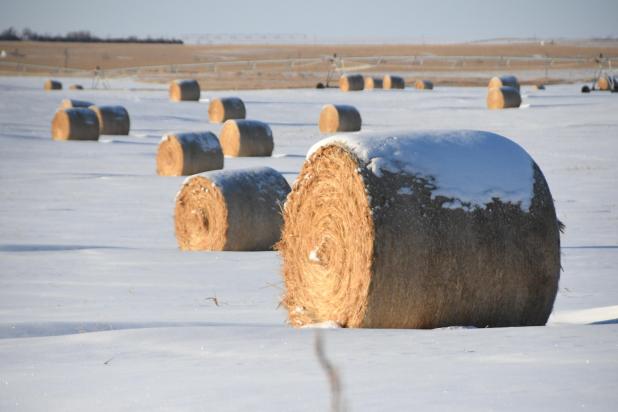 You don’t have to look at the temperature to know it’s been darn cold outside.
Local residents are looking forward to warmer temperatures in the forecast later this week after about 10 days of frigid readings.
The bitter cold has increased electrical usage significantly prompting utility suppliers to Imperial and Wauneta to warn of possible rolling blackouts to control the load.
Imperial city officials were informed by the Southwest Power Pool, which covers 14 states, that a Level 2 and Level 3 (critical level) Energy Emergency Alert was issued early this week.
“System-wide generating capacity has dropped below our current load of approximately 42 gigawatts (GW) due to extremely low temperatures and inadequate supplies of natural gas,” said Brad Hans of the Nebraska Municipal Power Pool (NMPP).
“The load on our whole grid is unprecedented,” said Imperial Public Works Supt. Pat Davison.
That could mean controlled interruptions, or rolling blackouts, of electricity (30-60 minutes) with little notice to prevent outages of even greater magnitude, he said.
Wauneta village officials had similar notices.
On Monday, they were notified that NPPD would possibly have to “shed load,” reduce usage and users should expect rolling blackouts, said Village Clerk Evelyn Skelton.
On Tuesday morning, Skelton said they had a few customers with frozen pipes, but no outages.
On Tuesday, NPPD shut down circuits on transformer stations for 30-40 minutes at a time, then move on to a new group,
NPPD shut down a circuit of Southwest Public Power Tuesday morning for about 40 minutes, according to Interim Manager Colyn Suda. The area affected included rural areas  south of Hwy. 6 between Palisade and Imperial.
All electrical customers are urged to conserve where possible.
“Please conserve electricity at this time. Layer more clothing and turn your furnace down a few degrees. If you are a commercial user and can postpone high usage of electricity to a future time, we appreciate your cooperation in doing so,” the city’s notice on Facebook reads.
There was a power outage overnight Sunday in Imperial. Imperial Clerk/Administrator Jo Leyland said the city’s system shut itself off for about an hour and they ran off SW Public Power for awhile.
That, in turn, caused issues in some homes where furnaces didn’t kick back on, said Michelle Troxell at Troxell’s Heating and Appliance.
Leyland noted they were dealing with frozen pipes Tuesday at the city offices after returning from a three-day holiday weekend.
“We are doing our part on conserving,” she smiled.
Diesel-fueled vehicles are also dealing with the cold. Gel-ups in the fuel systems have been a problem the past week for many vehicle owners.
New low records
Two new temperature records were set for the cold readings Sunday and Monday in Imperial.
The National Weather Services (NWS) in North Platte recorded -27F degrees at 3:48 a.m. early Monday at the airport, breaking the old record of -13F on Feb. 15 by a whopping 14 degrees.
The former -13F record for Feb. 15 was actually recorded three different years—2007, 1909 and 1900 for a three-way tie before being broken, said Jacklyn Gomez, NWS meteorologist.
Gomez added the -27F degrees on Monday is the second coldest temperature on record for Imperial for the entire month of February. The -35F degrees on Feb. 12, 1899 is the record-holder.
Sunday’s temperatures also set a record in Imperial when the -17F reading at 10:50 p.m. broke the -16 record set on that date in 1895.
“It’s been pretty cold there,” Gomez said.
But Chase County is not alone.
“We’ve broken a lot of records in our area; we’re seeing a lot of record-breaking temperatures,” she said.
The NWS office in North Platte experienced one of the rolling blackouts Tuesday morning, she noted, when their power was out from about 8 to 9:30 a.m.
Wind chill readings of -40F to -43F were recorded at North Platte airport overnight Monday and those readings were forecast to spread to parts of north central Nebraska Tuesday morning.
Warmer days are near, however.  Gomez said the arctic air mass hovering over this area will shift east with temperatures hitting 32 or better by Friday.