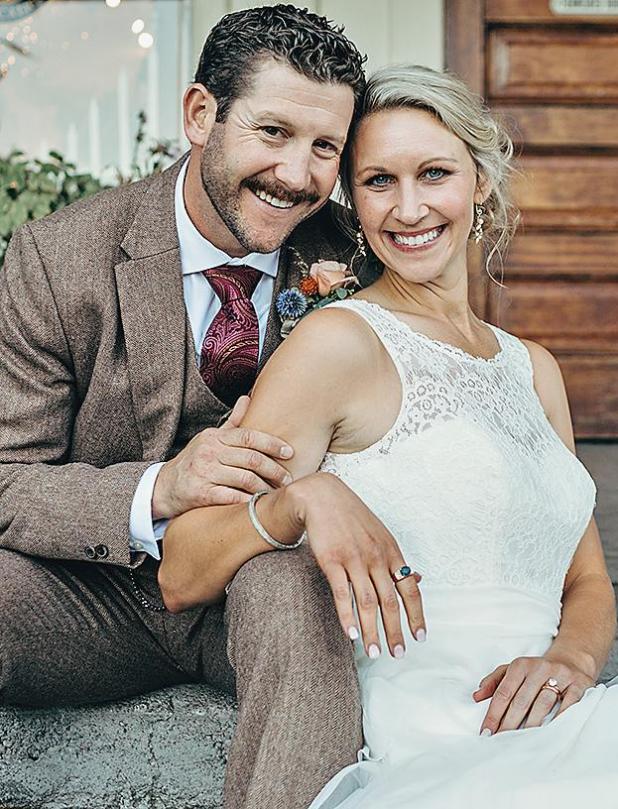 Carli Nicole Schultz and Paul Edward Moore IV were married in McCloud, California Saturday, Oct. 5, in a double ring ceremony.
Standing as her sister’s maid of honor was Lyndsy Schultz of Edwards, Colorado, while best man Frank Hugus IV of Manhattan Beach, California stood with the groom.
A special guest at the wedding was the couple’s 1-year-old son, Luke.
Parents of the newlyweds are Nick and Jan Schultz of Imperial and Deborah Anne Moore and Don Shewey of Danville, California.
The bride wore a floor length, sleeveless gown, as her bridesmaids were garbed in an array of floor-length gowns in colors of burgundy, wine and rust.
The fall flowers carried by the bride and bridesmaids were picked just two days earlier, and featured a variety of wild flowers from northern California where the wedding took place.
A reception and dance followed the ceremony at The Mercantile in McCloud.
The bride was a 2003 Chase County High School graduate, and earned her Bachelor of Nursing Degree in 2007 from Washburn University in Topeka, Kansas.
The groom graduated from the University of California-Berkeley in 2004 with a Bachelor of Arts Degree in Physical Science. He earned his high school diploma in 1999 from San Ramon Valley High School in Danville, California.
After a short honeymoon trip to Cedarville at Surprise Valley Hot Springs Resort, the couple is at home in Mt. Shasta, California, where the groom is a Climbing Ranger with the U.S. Forest Service based at Mt. Shasta. The bride is an emergency room/intensive care unit nurse at Fairchild Medical Center in Yreka, California.