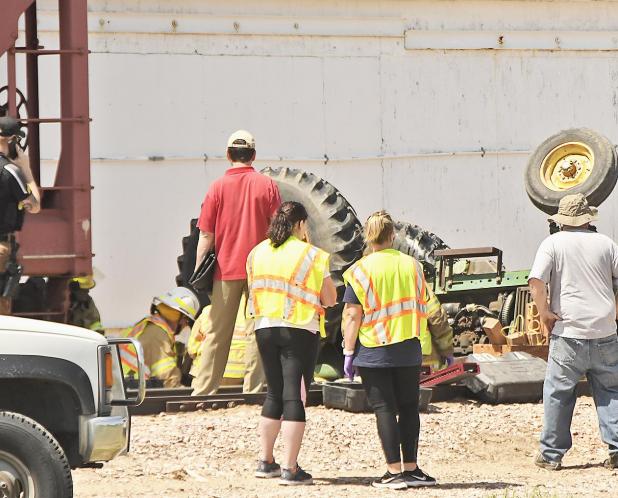 Tom Hayes will be remembered for good nature, sense of humor 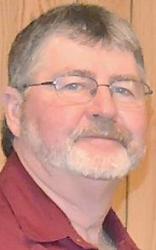 By Jan Schultz
The Imperial Republican
Good natured, a sly sense of humor, an easy-going personality and love of his granddaughters.
Those are some of the qualities the family of Tom Hayes, 59, will long remember him for.
As family gathered Tuesday at Tom and wife Karen’s home, details of the Saturday morning accident that took his life were not the main topics of conversation.
While there was noticeable sadness and longing, there were also laughter and smiles.
Karen recalled shortly after their marriage in 1986, they moved to the “country” a few miles east of Imperial.
They owned some cattle then, and Tom asked her to help move the herd, meaning riding a horse.
“I wasn’t a seasoned rider,” she said.
As he drove the cattle toward her, that inexperience proved true—she fell off.
She said Tom slapped the horse, as if that was going to help her pain.
She also remembered when he started work at Nutrien Ag Solutions in Imperial 19 years ago, and how worried he was when testing for certification was required.
“He was sweating blood,” she laughed.
He was worried about the tests, but she said he knew all the tasks of his job like the back of his hand. She helped him study in the evenings.
“And he did very well” on the tests, she said.
Oldest son, Phil, 32, remembers playing catch a lot as a youngster with his dad, and in later years, golfing in tournaments together. Son Matt, 28, remembers the golf outings, too, “and hanging out in the garage with him.”
Tom was an avid Husker fan, especially of Nebraska’s volleyball team in more recent years.
While he flew an American flag during the summer months, when the fall volleyball and football seasons arrived, a Husker flag was hoisted in its place, Karen said.
One of Tom’s highlights, his family reports, was getting to see the Husker volleyball team play in its final season at the coliseum.
He was a “heckuva horseshoe thrower,” and a good pool player, too, brother-in-law Dave Irey said.
Phil said his dad was really good-natured, and “genuinely a good person.”
“I can’t imagine he had many enemies,” he said.
Matt said people may not know it, but his dad had a good sense of humor.
“He was always a little shy with people, but once you opened up with him,” the humor came out, he said.
His sister, Sue Irey, laughed about his cell phone use.
“Early on, he couldn’t access his voice mail,” she laughed.
She can remember only one time seeing her brother “blow up.”
“He was so easy going,” she said.
In 2016, Tom and Karen welcomed their first grandchild when Phil and wife Brandi became parents to Lennox, now three. That was a life-changer for him.
“He was so thrilled,” Karen smiled.
“Last time they were here visiting, I asked Lennox if she wanted to play. She said, ‘no, Grandpa,’” Karen laughed.
This past winter, Grandpa Tom was seen outside in the snow, pushing Lennox on their backyard swing, Phil recalled.
In March,  Lennox received her own swing set from them for her third birthday.
Last week, Tom came home with good news about his employer, Nutrien, which confirmed they were building a new mixing plant at the site on East Highway 6.
However, Tom was a little concerned, Karen said, about all the technology that would be involved and that many of the tasks he’d done by hand for years would soon to be automated.
When Nutrien officials came to visit Karen this week, they told her they would dedicate the new plant to Tom.
Accident
Sheriff Kevin Mueller described Saturday’s mid-morning incident as a “freak accident.”
Emergency personnel arrived on scene near the tracks just west of the access road that leads to the Nutrien office.
From his report, Sheriff Mueller said Hayes was operating a tractor that was pulling a railroad car along the tracks, using a chain between them. Another Nutrien employee road the car.
At a slight incline in the tracks, the car began to roll backwards. In the attempts to continue moving the tractor forward, the tractor flipped over on top of him, Mueller said.
Mueller said Hayes was declared dead at the scene.
Air bags from the Imperial Volunteer Fire Department were used to slowly lift the tractor, and he was eventually removed, Mueller said.
Sheriff’s Deputy Justin Mueller investigated at the scene. Also on scene were Police Chief Ryan Wisnieski and Imperial EMS.
Funeral services for Hayes are today (Thursday) at 10:30 a.m. at Imperial Zion Lutheran Church.