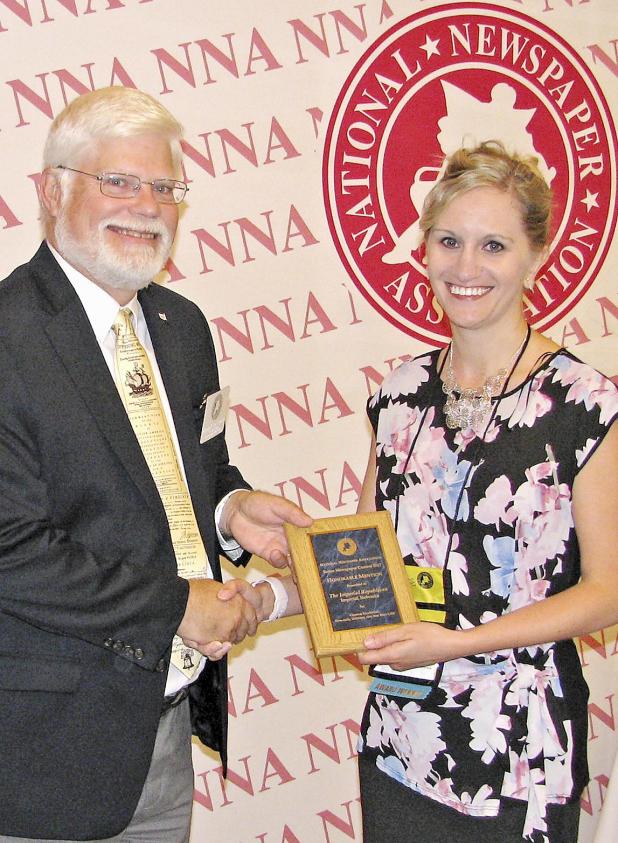 The Imperial Republican earned recognition as one the top four weekly newspapers in its class in the National Newspaper Association’s Better Newspaper Contest. The Republican competed with other weeklies with circulation less than 3,000. The paper and its staff received honorable mention in the General Excellence category, which encompasses all phases of the paper including writing, photography, design, news and sports coverage, opinion and advertising. Brooke Pankonin, daughter of Republican co-publishers Lori and Russ Pankonin, accepted the award on the paper’s behalf from NNA President Matt Paxton during the NNA’s national convention in Tulsa, Okla. The Holyoke Enterprise, another Johnson Publications paper received a first place award for best special section among dailes and weeklies of circulation under 3,000. (Courtesy photo)