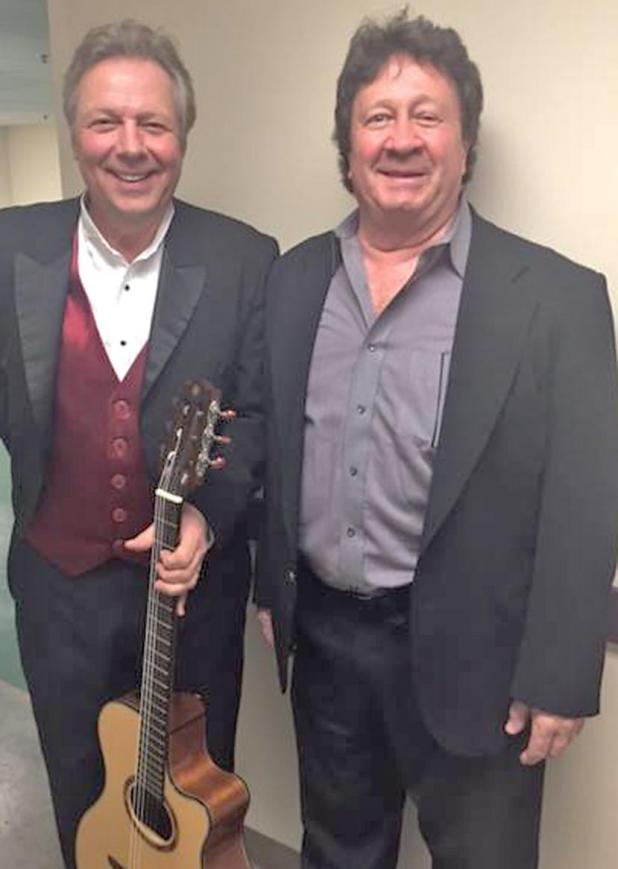 The annual Hospital Foundation Donor Appreciation Event has been scheduled for Saturday, Sept. 22, at 6 p.m. at St. Patrick’s Parish Hall.
Entertainment for this year’s event will be Adams & Cooley “Rat Pack Jazz.”
“I have been trying to book this band for four years, and I was finally successful,” said Deb Hrcka, assistant executive director for the Chase County Hospital Foundation.
She added that some of the band members perform with Mannheim Steamroller which can make scheduling appearances tricky.
“We have some good talent coming,” she said.
Adams & Cooley are not impersonators, but musical craftsmen performing the classic swing style of Frank Sinatra, Dean Martin and Nat King Cole.
Rat Pack Jazz has been performing all across the country for three decades, Hrcka said.
Along with Johnny Adams and Ron Cooley, there are four other band members who, together, bring to the stage outstanding performances of classics from the Golden Age of Song.
Hrcka announced they just received a grant from the Nebraska Arts Council and the Nebraska Cultural Endowment to go toward the cost of the entertainment.
“We are putting together a slide show of all photos submitted for the ninth annual Nebraska photo contest and first annual Chase County Creativity Professional division,” she said.
The photo contest slide show and raffle drawings of a Falling Leaf afghan and a Remington 700 CDL 6.5 cm rifle will be included at this year’s event.
Raffle tickets are available to purchase at $5 each or five for $20, until the night of the event. More raffle tickets will also be available at the event. Tickets may be purchased from Ray Malleck, Sam McNair, Marilee Wallin, Peggy Levy, Alan Woofter, Steve Lewis, Abby Cyboron, Deb Hrcka, Bob Goings and at the Beauty Bar in Wauneta.
The money raised will go into a fund for lab and surgery  equipment together with a BWTelcom challenge grant.
As always, there will be an assortment of snacks, hors d’oeuvres and desserts.
The event is open to the public at a cost of $12 a person or $22 a couple.
Hrcka requests that people planning to attend RSVP by Sept. 12, at 308-882-7290 or dhrcka@chasecounty hospital.com.