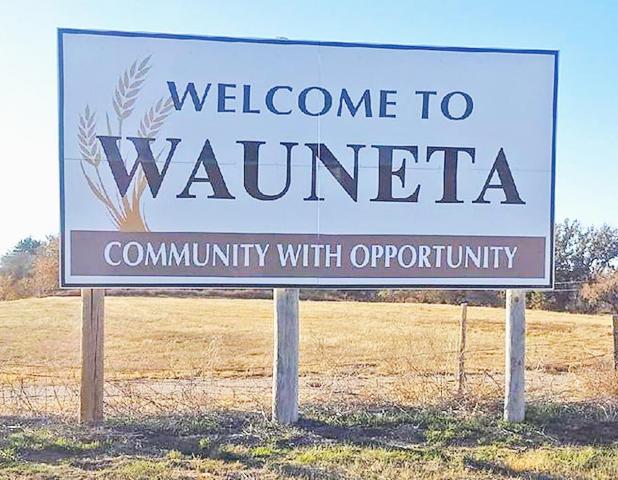 Tom Pantera | Johnson Publications
Just like the welcome sign at the entrance to Wauneta, The Wauneta Breeze readers are being welcomed this week as they receive The Imperial Republican. The Wauneta Breeze published its final issue Nov. 12.

End of an era for The Wauneta Breeze newspaper

The Nov. 12 issue of The Wauneta Breeze represented the end of an era—an era that began in 1887 when the first issue of that newspaper was printed.
Through the years, the pages of the Breeze have chronicled the history of a unique little town that sits along the Frenchman Creek and the people who called it home.
Those events and memories spanning 133 years will be forever etched in its pages.
As the railroad brought life to many towns in the western plains of Nebraska, a young New Yorker, John Hann, brought life to The Wauneta Breeze.
Hann made the first visit to Wauneta in the fall of 1886. He immediately saw a need for a newspaper and began preparations for what would be the first and only newspaper to ever serve Wauneta.
At age 25, Hann put out his first issue of the Breeze on Jan. 17, 1887.
Two accounts exist on how the paper was named the Breeze.
One account said that Hann, nervous about getting the paper started as well as named, was visiting with some men in front of his shop. Suddenly a cool breeze blew through, cooling his worried brow. Like a flash, the idea came to him, “I shall call my paper ‘The Breeze,’” he declared, and so it was named.
Another account in a 1926 issue of the Breeze says a local fellow, John Whitehead, suggested the name.
Regardless of which is true, the name of the Breeze has appeared on the flag since its inception in 1887.
Seven owners over years
Hann and his wife, Grace, ran the paper for 33 years before selling it to W. M. “Mart” Frasier in 1920. He died unexpectedly in 1929 at the age of 40 and his wife, Eleanor, took over the paper as its first woman editor.
In 1935, Harold had returned to Wauneta to assist his mother with the paper. Tragedy struck the Frasier family again as Harold was killed in an automobile accident near Stratton. He was only 24.
Again, Mrs. Frasier assumed full editorial responsibility for the Breeze. She continued to run the newspaper until June 1948, when she sold the paper to Dwayne Hodges of Big Springs.
Hodges ran the paper for seven years before selling it in 1955 to a young Missourian, Stan Smith.
Smith ran the newspaper for nine years. On Jan. 1, 1965, two brothers who grew up in Wauneta, Bill and G.B. “Jiggs” Crapson, became the owners.
The pair worked together for four years before Jiggs purchased his brother’s interest and became sole owner.
Jiggs worked as a printer’s devil with Hodges and had worked at other newspapers before he and Bill bought the