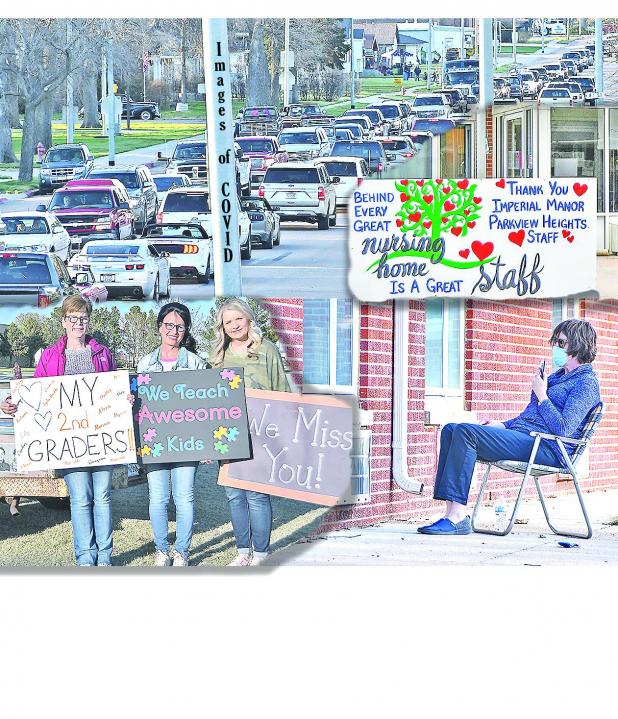 COVID-19 left a lasting impression on 2020. In early summer, people just wanted some interaction with others so they took to the streets for the Saturday night cruises on Broadway. Frontline healthcare workers in our hospital, clinic and senior living facilities, along with first responders, put themselves on the frontline of defense and their efforts didn’t go unappreciated. School shut down in mid-March for the year, changing the social culture for our school-aged children. Teachers missed their students and vice versa. Perhaps the saddest part of it all was how the virus isolated family, friends and relatives from their loved ones in senior care faciltiies due to the extreme risk COVID posed to older citizens.

Since early March, there have been stories every week in this newspaper on COVID-19 and its effects locally, statewide and nationally.
Cancelled, closed, virus, social distancing and face masks have been keyboarded hundreds of times in news stories in this newspaper the past 10 months.
That easily led to COVID-19 being the No. 1 story of 2020 chosen by The Imperial Republican staff.
But it’s not just one story.
As residents looked to the state and the Southwest Nebraska Public Health Department (SWNPHD) for guidance, the ever-changing Directed Health Measures (DHMs) issued by the Governor’s Office found space in our stories.
SWNPHD recorded its first COVID cases in mid-April in both Red Willow and Furnas Counties. Chase County’s first case came in late May.
Furnas County also recorded the health district’s first death in June. In Chase County, mid-October saw its first death from the virus.
Chase County also made national news in October, when its increasing number of cases put it in the nation’s Top 10 per capita. That was front page news in this newspaper.
Imperial Republican staff covered numerous stories on Chase County Schools discontinuing classes the rest of the semester, senior care facilities shutting out visitors, cancellation of spring sports and efforts by churches to stop the spread of the virus.
Other stories followed the changes in city, county and business services, governmental declarations of emergency,  a summer food program through CCS and weekly reports on local and statewide cases.
Hair salons, barber shops and dental offices were closed several weeks. Restaurants moved to higher take-out business as they were restricted on in-house dining numbers.
High school graduation and prom were moved to summer.
There were stories on the closing of city and state parks, a delayed summer pool opening, no movies, more mandates from the state and health district, and for the first time ever, cancellation of the Chase County Fair in August.
High school alumni didn’t gather in May, and the popular Smokin’ on Broadway in early June? Cancelled.
Added to all of the missed aspects of life covered by this newspaper are the hundreds of family events like weddings, reunions and travel that fell by the wayside due to COVID concerns and state-mandated restrictions.
But, there were stories that made us smile, too.
Individuals got together online to make masks, Saturday night Cruise the Loops brought out hundreds of cars on Broadway and scaled-down livestock shows were planned by Extension and volunteers to help fill the void caused by the cancelled fair.
Teachers and students could wave to each other at an April drive-by event, the Lions Club replaced its park Easter egg hunt with a drive-thru event, which was also the format for the community’s Christmas Day dinner.
Aid came to businesses and local governments through the CARES Act and Paycheck Protection Program, and $1,200 stimulus checks began hitting bank accounts in April. Another $600 stimulus check was approved by Congress late in the year, and those with direct deposit are already receiving them.
As 2020 came to a close, the community’s first vaccines were given to local healthcare workers, and continue at a brisk pace.
Just before Christmas, Gov. Pete Ricketts moved the state to the blue DHM phase, just one away from green when no restrictions on activities, businesses, gatherings, celebrations, schools or surgeries will be in place.
As 2021 gets underway, COVID-weary residents are looking forward to their lives getting back to normal.