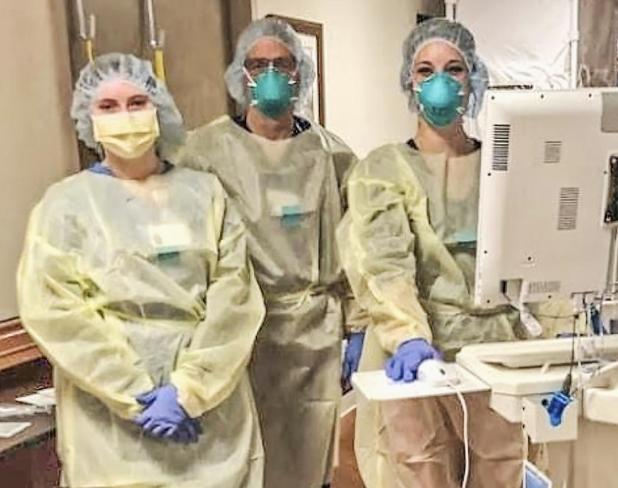 Courtesy photo
Kendra Burke is currently a junior at CCS, employed part-time at CCCH as a CNA. Burke, at left, is gowned up for a procedure with Alan Woofer and Michelle Pursley, both RNs. 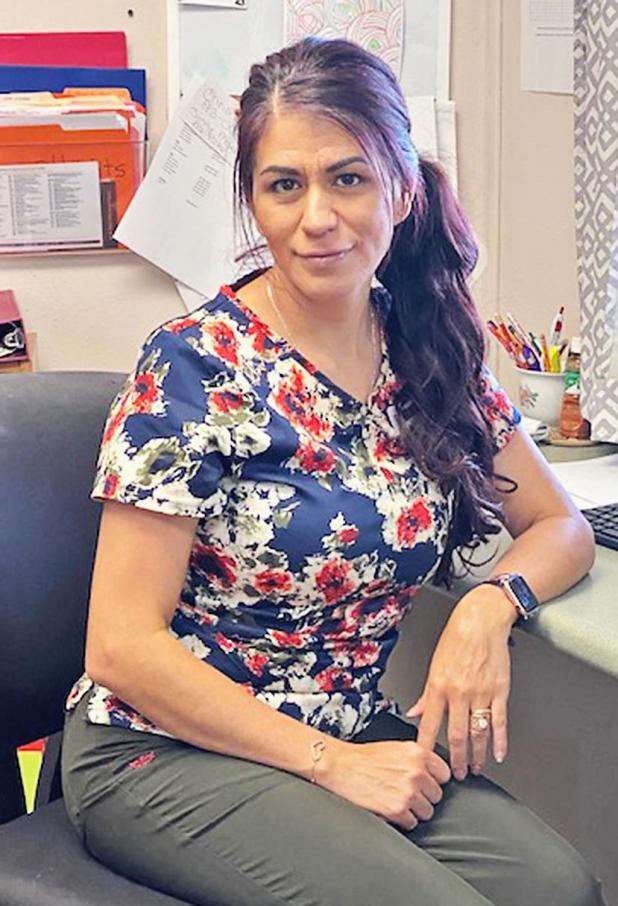 Courtesy photo
Idalia Najera began working at Imperial Manor/Parkview-Heights as a CNA and is now an MA at the facility.

Mid-Plains Community College (MPCC) periodically has CNA (Certified Nursing Assistant) classes that have been well attended over the years, said Angie Paisley of Imperial, RN.
The next CNA class will begin Sept. 28 and will be taught by Paisley, who also is the school nurse at Chase County Schools (CCS).
Classes are held at the Imperial MPCC campus with clinicals at Imperial Manor.
The class schedule will be Mondays and Wednesdays from 6 to 9:30 p.m. for eight weeks.
The age requirement to take the CNA class is 16 by the time the class is completed and they take their test.
“We have a number of high school students who take the CNA class for dual credits to go toward their college requirements,” Paisley said.
The most common areas of work for a CNA are skilled nursing facilities, assisted living facilities, aide agencies for home health and local hospitals, she said.
“These classes are frequently taken by students who are going into a nursing program or other medical field careers. In fact, some nursing programs require it,” said Paisley.
Also worth noting, Imperial Manor has a scholarship program that helps pay for classes if the potential student is an employee of the facility.
Two success stories
One example of a high school student who received her certification last year as a nursing assistant was Kendra Burke.
Burke is a CCS junior and works part-time as a CNA at Chase County Community Hospital (CCCH).
Burke plans to go into nursing and began working at Imperial Manor as a care aide before taking the CNA class, she said.
“I have always known I wanted to go into nursing,” Burke said.
After receiving her certification, she moved up to a position  as a CNA.
She also took a second job as a CNA at CCCH.
“At the beginning of March, when the COVID pandemic was going on, I left the manor and worked exclusively at the hospital so as not to carry any illnesses back and forth,” Burke said.
She said becoming a CNA is a great stepping stone to gain experience for going into a nursing career.
“I am so grateful to my instructors, Angie Paisley and Whitney Burke, both RNs. They were great, and I loved the class,” she added.
Burke is now taking the EMT class to add to her training.
“I’m looking forward to