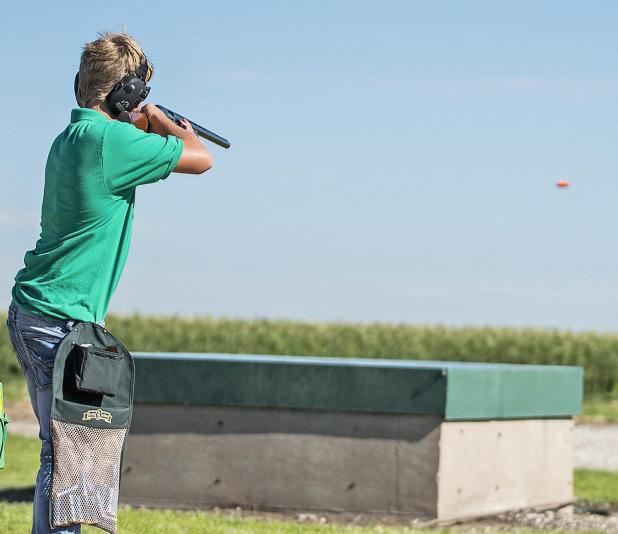 Diane Stamm | Johnson Publications
One of the early 4-H events of this year’s limited events was held July 25 when youths competed in the trap shoot contest at the Plainsman Rifle and Pistol Club. Above, Westyn Mendenhall takes aim. 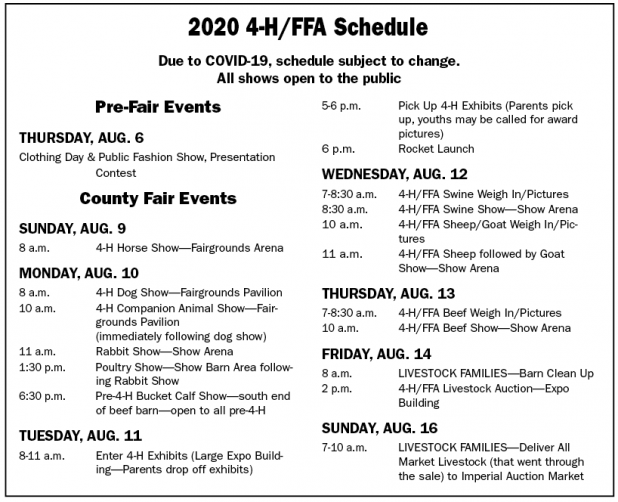 Life is what you make it, and  that also goes for this year’s scaled-back 4-H/FFA events during what would normally be fair week.
Chase County Extension Educator Debbie Kuenning certainly has that mindset this summer.
“This is our fair, and it is always what you make it,” she said.
UNL Extension Service and  the Chase County 4-H Council are banding together to organize the 4-H/FFA events they can, she said. The fair board has allowed use of the fairgrounds.
They are lining up all of the elements “to make it a really great fair week,” she said.
“We’re excited to see everyone.”
When the fair board announced the fair was cancelled last month largely due to COVID-19 health district directives, it was also stated that holding the 4-H/FFA activities would be left to those groups.
Nearly all of the scheduled 4-H/FFA events will be held next week, and animal numbers are holding strong to previous years, Kuenning said. The pre-entries for the exhibit building projects (e.g. floriculture, foods) are about where they expected, she added.
Kuenning said they are patterning next week’s 4-H/FFA events after what was done at the Perkins County Fair she was involved in July 20-25.
“It was a good week” in Perkins County, she said.
Basically, each day’s livestock show will see animals come in, be weighed, participate in the show then be taken  home, all on the same day.
4-H/FFA events on the normal schedule that won’t be held this year include round robin showmanship and the carcass contest, Kuenning said.
The 4-H/FFA static entries in the large expo building will also be a one-day only event. Entries will be brought in by parents, judged and taken home all on Tuesday, Aug. 11.
While the fair week shows kick off this Sunday with the 8 a.m. horse show, other events have or will precede that.
The trap shoot contest was held in July, and the 4-H presentation contest, clothing day and fashion show are being held tonight (Thursday).
Late Tuesday, Kuenning received word from the Southwest Nebraska Public Health Department (SWNPHD) that an updated plan for activities next week was approved.
With that, Kuenning said, “We can open our livestock shows to the public. We are encouraging social distancing and mask usage as recommended by the health department. We will have hand sanitizer available on the fair grounds and encourage use.”