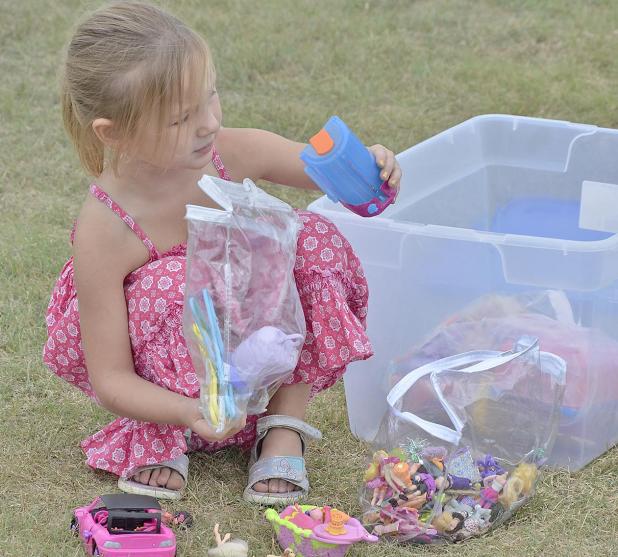 Four-year-old Olivya Chapley of Benkelman sits playing with a tub of little dolls and accessories she plans to bid on by herself at the Labor Day auction. (Johnson Publications photo) 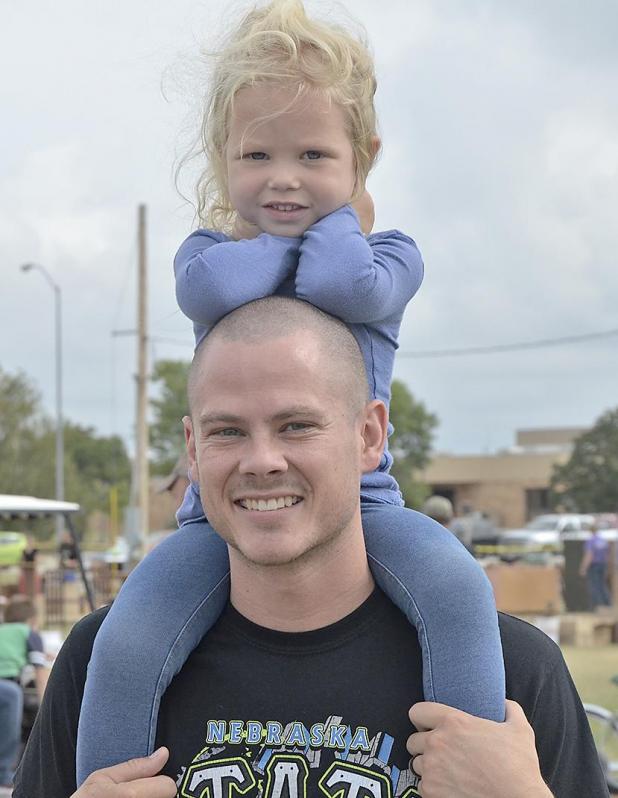 Chad Cochran and 3-year-old daughter, Makenzie, of Imperial check out all the auction items laid out in the “Field of Dreams.” (Johnson Publications photo) 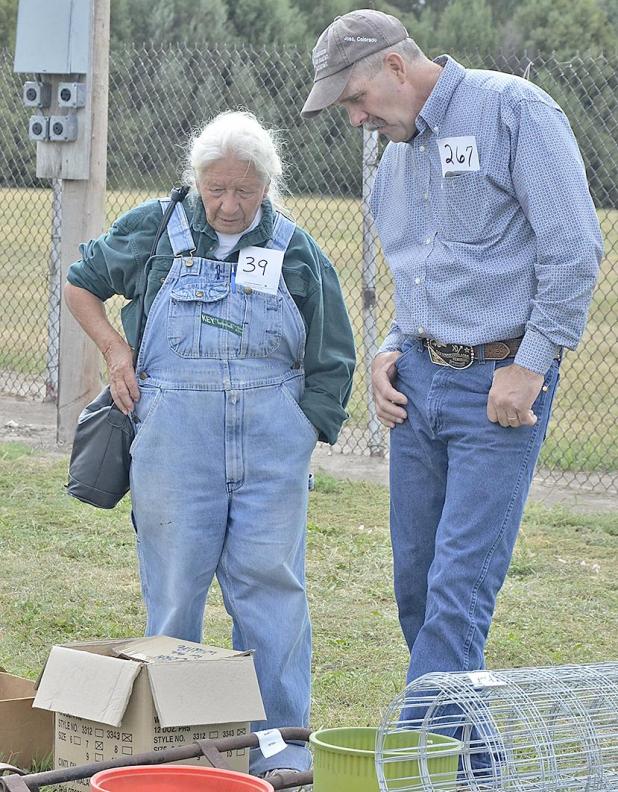 Elizabeth Erdelyi, left, from Julesburg, Colorado visits with a Colorado friend and auctioneer as she waits by a box of field corn on which she wants to bid. (Johnson Publications photo)

Always something for everyone at ‘Granddaddy of them all’ auction

This year’s Labor Day auction was as big as last year’s, said Karen Fanning, co-owner with husband, Mark, of Fanning Auction.
“This was our 38th year for the auction. I mistakenly said last year was number 38,” she laughed, “so I guess we are having two ‘38th’ auctions.”
Mark kicked off the auction at 8 a.m. in the usual way. He introduced each auction crew spokesman who, in turn, introduced their full crew and upcoming sales.
Each auction crew usually consists of several auctioneers, ringmen and clerks.
Karen said they had four rings of auctioneers or auction criers this year.
A ring is made up of three to four auctioneers and ringmen  to show items and take bids. Each ring then has several clerks to keep track of the items as they sell.
Working at the auction this year were Isabell’s Auction Center and McDermott Auction Service, both of North Platte; Vrbas Auction Service of Palisade; Charger Auction Services of Madrid; and Fanning Auction.
As in years past, many people arrived early and camped on the fairgrounds.
Fanning said there were 800 to 1,000 bidders this year coming from Colorado, Kansas, Iowa, Montana, Texas, North and South Dakota, Arizona, Idaho, Nebraska and Mexico.
She said attendance seems to get bigger every year.
Three food trucks were stationed at various locations to take care of the crowd’s food and drink needs.
There was an increase in people driving golf carts around the auction.

To read more on the Labor Day auction and other stories, please log in or subscribe to the digital edition. https://etypeservices.com/Imperial%20RepublicanID359/