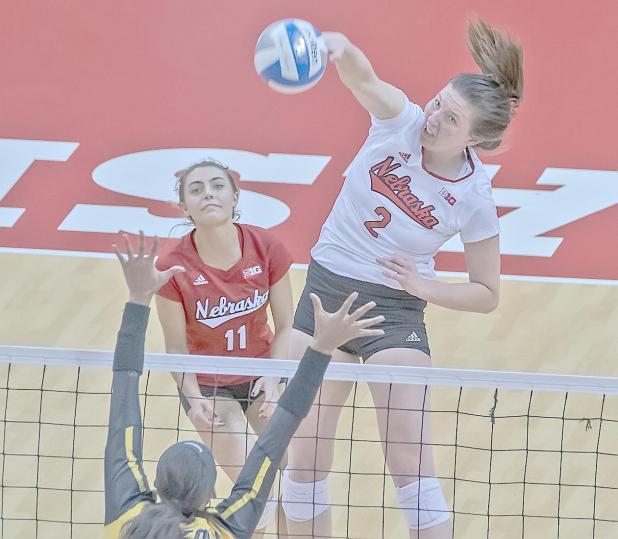 (AP)—Nebraska’s quest for a second straight national volleyball title came down to the fifth set. Unfortunately, that set turned after an out-of-bounds call against Stanford was reversed.
That call put Stanford a point away en route to their NCAA-record eighth national volleyball title.
The Huskers, defending champions, pushed Stanford to the limit in a five-set victory in Minnneapolis Saturday night, 28-26, 22-25, 25-16, 15-25, 15-12.
Senior Mikaela Foecke had 27 kills and a game-high 29 points for seventh-seeded Nebraska, which had the crowd at Target Center on its side.
The “Go Big Red’’ chant broke out as soon as the national anthem ended. The NBA arena was at near capacity with a crowd of 18,113 tilted hard toward the Huskers.Those red-clad fans helped set the championship attendance record in Kansas City last year, with 18,516.

To read more on Husker volleyball and other stories, please log in or subscribe to the digital edition. https://etypeservices.com/Imperial%20RepublicanID359/