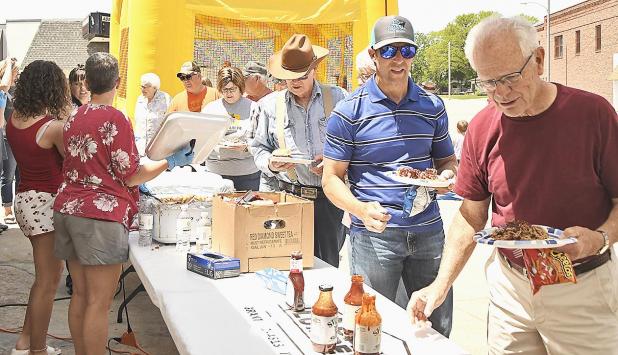 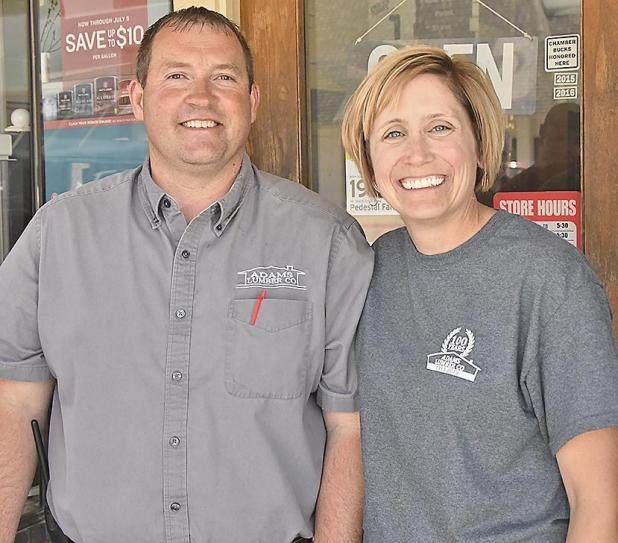 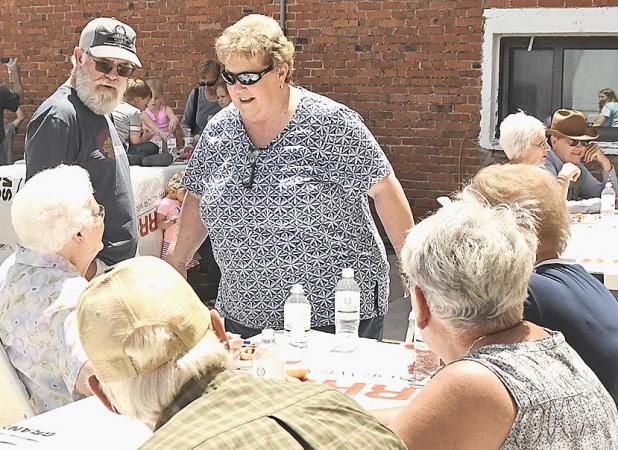 Last week provided area residents the chance to celebrate one of the longest operating businesses in both communities. Adams Lumber celebrated its 100th anniversary with open houses Friday in Grant and Saturday in Imperial, where a combined 600 people were served a free lunch (320 in Grant, 280 in Imperial) and had the chance to visit with staff and three product dealers. Chad Leibbrandt, who owns the business with wife Amy, said it was a great turnout. The line was steady in Imperial for the free lunch of smoked pork, beans and chips as youngsters enjoyed the bounce house in the background. The spring weather allowed people to visit while enjoying lunch outside. The Leibbrandts purchased the Imperial and Grant locations in August 2012, and were on hand in both communities for the open houses. Product dealers on site represented Milwaukee power tools, lumber supplier Springer Midwest and Hardman Wholesale, a window and door provider. Winners of the $100 gift cards in Imperial were Erica Greene, Pauline Grosbach, Neva Molzer and Mary Carman. The original Adams Lumber opened in Grant on June 5, 1919. (Johnson Publications photos)