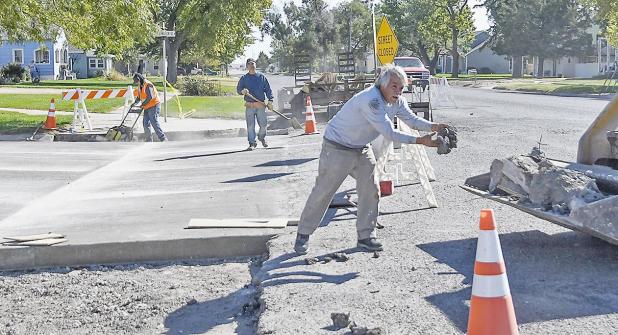 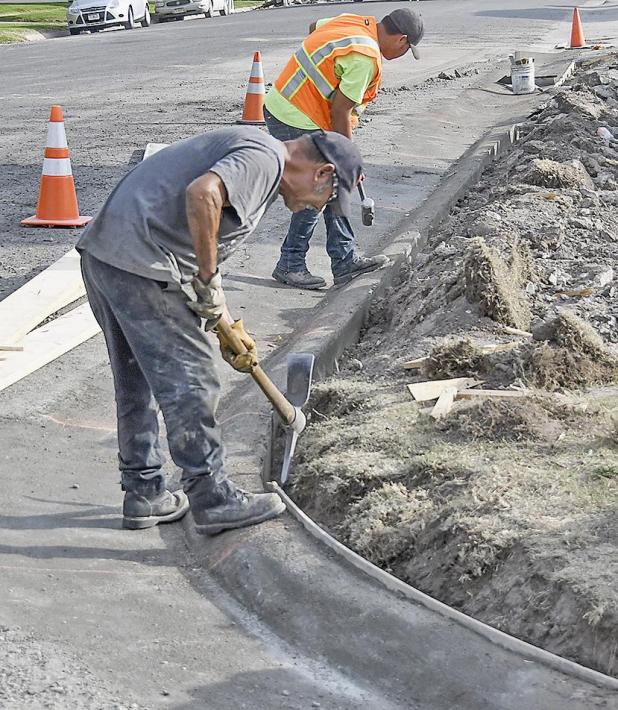 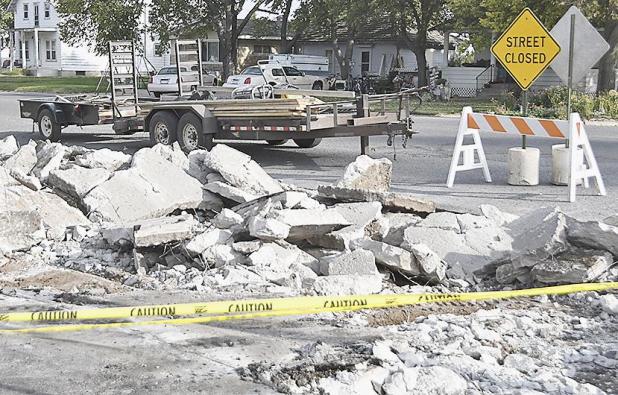 Work on two busy streets in Imperial has been forcing drivers to be careful as the city of Imperial replaces areas of broken concrete. Middle, workers smooth out the curb and gutter project along East 6th and Wellington Streets bordering Adams Lumber. At bottom, old concrete was piled at the intersection of East 5th and Wellington Sts. by the Imperial Post Office, where the valley was “broken and in bad shape,” said Public Works Supt. Pat Davison. Workers, above, took advantage of perfect conditions Tuesday to work on the post office intersection. Garcia Bros. Concrete of Imperial is handling both projects, the cost of which was included in the city’s 2019-20 budget, Davison said.